Rick Scott is the wealthiest person in Congress. So why does he want to raise taxes on the rest of us? 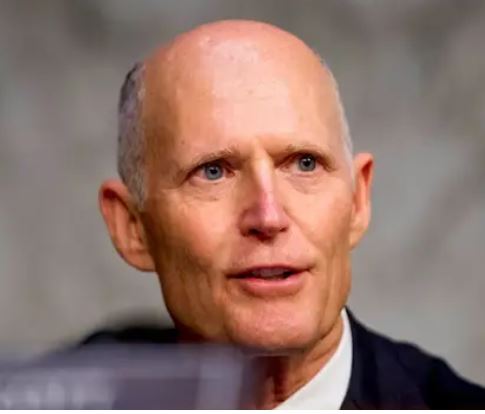 As people across the state are preparing to file their taxes this year, Senator Rick Scott is huddling with his Republican colleagues trying to figure out the best way to sell his tax plan ahead of the midterm elections. But here’s the catch: if Rick Scott gets his way, over 40% of Floridians would be paying higher taxes. That’s more than 9.5 million people!
Rick Scott’s plan to raise taxes on so many senior citizens and working families has already faced criticism for being “politically suicidal” and touching the “third rail of politics.” But what’s just as important to note is that Rick Scott is worth more than $200 million, enough to make him the wealthiest man in Congress. His tax plan is designed to benefit people like himself: billionaires and wealthy corporate executives.
How did Scott get so rich in the first place? By serving as the chief executive of the nation’s largest for-profit health care corporation, which was caught defrauding Medicare and Medicaid to the tune of more than $1.7 billion in taxpayer money during his tenure.
Rick Scott is following a playbook that he knows well. His tax plan does exactly what he did as a CEO: it sticks seniors and working class Floridians with the bill while padding his own bottom line.
“Republicans are telling us exactly who will pay more in taxes if they retake Congress. They are targeting working Floridians, middle class teachers and firefighters, and senior citizens who are living on fixed incomes,” said Florida Democratic Party spokesperson Travis Reuther. “Democrats are fighting to stop them and make sure that everyone pays their fair share. That’s why President Biden’s tax plan includes a Billionaire Minimum Income Tax and wouldn’t raise taxes on anyone making less than $400,000 per year.”
Learn more:  https://www.nbcnews.com/politics/2022-election/democrats-field-test-make-rick-scotts-agenda-backfire-gop-rcna24306

Facebook
Twitter
Email
PrevPreviousHelp us package Dem voter registration (VR) materials on Saturday, 9:30 to 11 AM
NextHang out with your like-minded friends at TT’s Tiki Hut on Thursday, April 21 at 4:30 pmNext