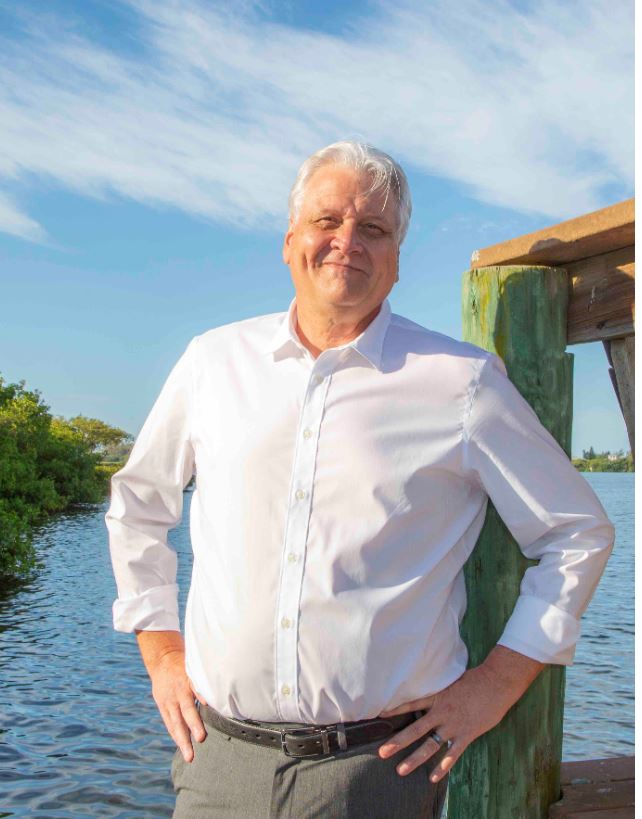 The two candidates for Charlotte County’s seat in the state house of representatives disagree on many topics, including expanding Medicaid for the poor and limiting local authority on key policies.

Both incumbent Rep. Michael Grant and his opponent David Jones, agree, however, with a focus on improving water quality in the state.

Jones makes environmental issues a key plank of his platform, saying he will aim for all-green energy in Florida by 2035, with Charlotte County being the perfect location to install new facilities.

Grant points to his environmental votes generating unprecedented spending to clean up Lake Okeechobee as well as sending funding for septic-to-sewer expansions.

Grant said much of what Jones wants is not the job of state legislatures. The legislature will have to cut billions of dollars from the budget it passed before the pandemic turned everything upside down, he noted.

“This legislature is going to be focused on budget issues and the big fight is going to be who is hurt the most,” Grant said. “Who do you want making the decisions on what gets cut and what does not get cut?”

“I think I’ll be moving up, quite frankly,” he said.

This is Grant’s first competition for this particular seat since he won the 2016 election. He also served in the Legislature from 2004-2008 before districts were redrawn. He tried for a state senate seat but lost to a Republican opponent.

Both grandparents, Jones is from the Midwest compared to Grant’s native Massachusetts. Jones lives in Englewood and Grant in Port Charlotte. Grant lays claim to having a successful business in ambulance services. Jones comes from years serving as shop steward for the Teamsters in the auto industry of Michigan where he was a vending machine mechanic.

Jones is retired while Grant is still president of his company, Ambitrans Medical Transport.

Jones is new to formal politics, saying he was moved to participate following the election of President Donald Trump in 2016. Since moving here, he has become president of the Englewood Democratic Club and was endorsement chair of the Florida Democratic Environmental Caucus.

Jones points to Grant’s zero rating with the Florida Educators Association, or the teachers’ union. Grant has an A rating, however, with the Foundation for Florida’s Future that promotes freedom of choice in education.

Jones also criticizes Grant’s A rating with the state Chamber of Commerce, saying it shows Grant will fight for policies that favor his business. He criticized Grant for accepting donations from pharmaceutical companies, banks, health insurance companies, lobbyists and $500 from the Florida Phosphate Political Committee.

Grant responded to Jones’ criticism of corporate donations saying, “Mr. Jones does not understand business, finance or how jobs are created. That is why businesses that serve our residents every day are not contributing to his campaign.”

One of Grant’s advantages is that Charlotte County and Southwest Florida are heavily Republican. Jones said Democrats vote more here.

While Grant backs a pro-business and lower regulation agenda, he is proud of his success in support of Charlotte Behavioral Health Care — a nonprofit that includes services to the mentally ill and to those struggling with substance abuse. Grant wrangled a recurring annual grant of $750,000 for the organization.

“This will save lives,” Grant said of support for Charlotte Behavioral.

Jones wants the state to expand Medicaid to low-income people, which most other states have done while the federal government is paying most of the bill. He says 7,000 Charlotte County citizens in poverty would immediately start receiving free health care.

Realistically, Grant said, it won’t happen while Republicans dominate Florida politics. He also believes it would ultimately cost the state more, and that it does not necessarily improve health.

Jones disagrees, saying Charlotte County is in a unique position to advocate for change, given how many residents are seniors on Medicare.

Grant said he saw it as vast overreach that barred people from protecting themselves from skin cancer based on dubious science. If local government needs a new rule, write the legislation for the state, he said.