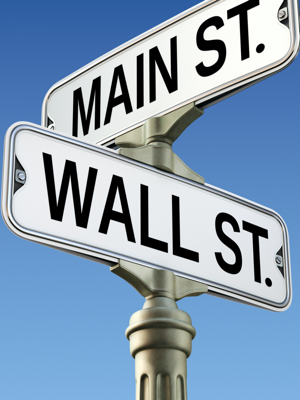 Editor’s note: A version of this article appeared as an OpEd in the Sept 4th edition of the Sarasota Herald Tribune.

Have you noticed that the stock market has recovered nicely from this pandemic in just the past 6 months? Nobel-winning economist Paul Krugman explained what drives the massive disconnect between rising stocks and the “growing misery” in a recent opinion article. “The real economy, as opposed to the financial markets, is still in terrible shape,” he wrote. “The truth is that stock prices have never been closely tied to the state of the economy,” he said, adding that the stock market is disconnected from indicators such as jobs and economic output.

Proof of this disconnect comes from a recent US Census Florida survey that indicates that 51% of respondents reported a loss of employment income since March 13, 2020, 12% reported food scarcity, 40% delayed getting medical care in the past four weeks and 26% reported housing insecurity. Recently, an analysis indicated between 19 to 23 million, or 1 in 5 renters, face eviction risk by the end of September 2020, including almost 1.5 million Floridians. A fifth of the pre-pandemic workforce is still receiving jobless benefits. Early hopes of a V-shaped recovery have been thwarted as renewed outbreaks cause consumers to hold back on spending and some businesses to close again.

I’m one of the lucky ones, comfortably retired with Social Security and pensions in place. My Medicare coverage is adequate since I have no health issues or drug requirements. And in just six months, my investment portfolio has attained record levels.

In contrast, my neighbor’s daughter and fiancé are struggling. Both had reasonably good jobs in the service industry for 15+ years, but after the 2008 Great Recession, they found themselves starting over and only living paycheck to paycheck. In February, the daughter became ill and soon lost her job. Her fiancé held onto his job but in a diminished role. They applied for every type of aid possible, which is still pending or in process. They were evicted on August 19th with only the clothes on their backs.

Like most hard-working Americans, they don’t expect handouts even though most of what they have are hand-me-downs. Like millions on Main Street, economic security doesn’t (and hasn’t for four decades) ‘trickled down.’   The current administration’s economic plan continues to be one of easing taxes (at the expense of the Federal deficit) and fiscal stimulus that disproportionately benefits wealthy folks and businesses.  Great for Wall Street, not so much for Main Street.

In the words of the great 19th-century American orator Robert Ingersoll:  “We rise by lifting others.“