This Fourth of July holiday, let’s remember that America’s future is in our hands 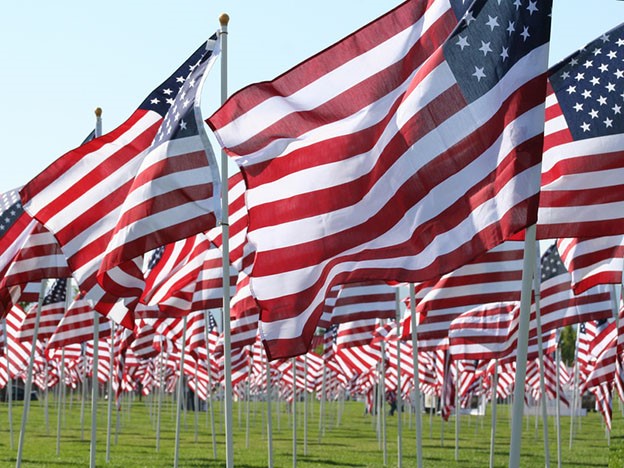 On July 4, 1776, the Continental Congress declared, “We hold these truths to be self-evident, that all men are created equal, that they are endowed by their Creator with certain unalienable Rights, that among these are Life, Liberty and the pursuit of Happiness.” On June 16, 2021, the president of Russia, Vladimir Putin, declared that, au contraire, “There is no happiness in life. There is only a mirage on the horizon,” and he added with uncharacteristic tenderness, “so cherish that.”

On Sunday night, with bombs bursting in air and dogs cowering in closets, millions of Americans gathered in large numbers for the first time in more than a year to noisily celebrate the nation’s independence. The Fourth has long been a proud and joyful day when the people shared a sense of common purpose and patriotic sentiment, no matter what their personal and political differences. As the country emerges with some trepidation from the pall cast by a dreadful disease, this ought to be a significant Fourth, a time for reflecting on those who have been lost and extending help to people still suffering, a time for unity and concern. And we trust it will be.

But Mr. Putin embodies an attitude that has become all too common in recent years, and it has infected various countries like a paralyzing toxin. It’s not a new problem. Franklin D. Roosevelt named it nearly 90 years ago in a statement that has not grown tired from overuse: “We have nothing to fear but fear itself.” That wasn’t literally true when he said it — we also had the Nazis and a crippling worldwide depression to fear. But then and now, the primary element in the discontent that has led to the rise of numerous dictators and their authoritarian imitators is fear: fear of newcomers, of oppressed citizens seeking to better their lot, of economic change and the disruption it can bring to many people’s lives.

These fears are real, but the answers to them are to be found in rational, honest and intelligent debate and policymaking, not the sort of demagoguery that relies on creating false enemies to unite people and focus the nation’s energies on … on what? Mainly on keeping the boss and his pals in power and their mitts on the national treasury. During the covid-19 epidemic we have seen the disastrous results of this sort of divisive “leadership” in places such as Brazil, India, Hungary and, to some extent, our own country.

As always, the responsibility for our future is in our own hands, not those of some self-styled “strong” leader. It lies with the people who govern and serve us in public jobs, in the integrity and diligence of legislators and governors, with the laws and the judges who interpret them, and in leadership at the top that says to all of us that we are indeed one people — and if we want to save our democratic republic for another 245 years, we must work at it and be directed by the truth.

Mr. Putin’s words on happiness were taken from Tolstoy, an example of wisdom being used in the service of cynicism. Perhaps in the end “mirage” is the right word, but long may we keep pursuing it.