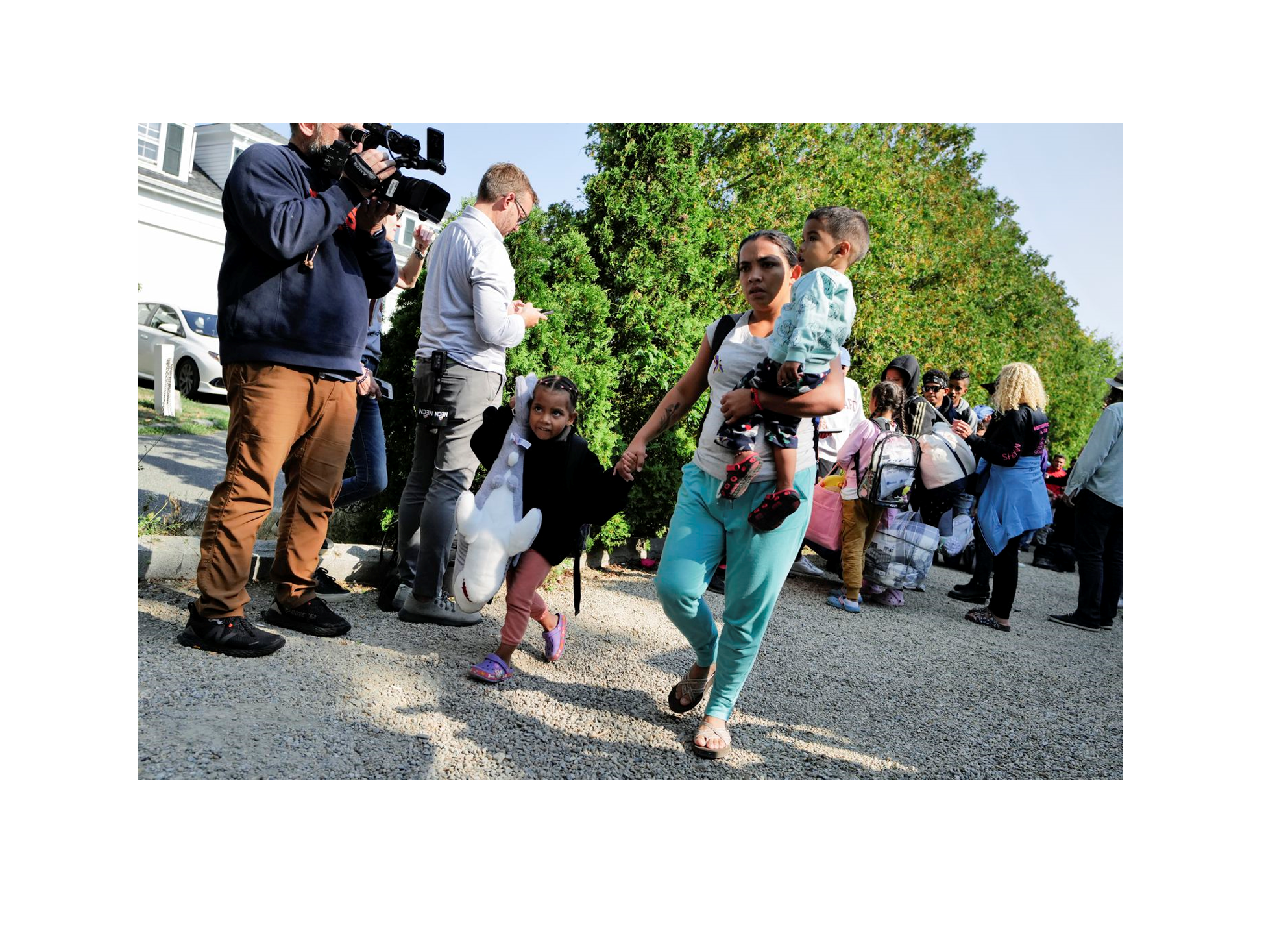 Dan Rather and Elliot Kirschner

It is easy to demonize the “other” — the one who looks different, speaks differently, or comes from somewhere else. Especially during periods of deep social, political, and economic anxiety, pounding one’s chest about “us” and “them” and using fear as a rallying cry can whip populations into a fervor.

It is clear that Republicans, facing tremendous blowback in the face of the Supreme Court’s abortion ruling, falling gas prices, the specter of Donald Trump, and the backlash he provokes for many voters, have settled on immigration as a motivator to turn out their base in the upcoming midterm elections.

The stunts by Republican politicians — specifically Texas Governor Greg Abbott and Florida Governor Ron DeSantis — of busing and flying migrants and asylum seekers to places like Washington, D.C. (including outside of the vice president’s residence), New York City, and now Martha’s Vineyard have all the toxic energy of a fraternity prank. This is deadly serious.

And it may be effective politically. It has been the case many times before, both in this country and abroad. History is replete with political power built on vilifying foreigners and immigration. As much as they might not like to admit it, Democrats may worry about their vulnerability on this issue, especially in close elections. Fear can be a motivator to get people to the polls.

The public rationale for what Republicans are doing can’t be only to “own the libs,” although that desire is clearly behind the glee with which the governors and their supporters justify their actions. They say they are pointing out rampant hypocrisy, that blue states should have to carry the burden of immigration. The truth is, of course, that blue states, and cities in particular, are full of immigrants, documented and undocumented. And many of these immigrants are thriving members of local communities. Furthermore, blue state tax revenue is a major source of federal government funds, which are then distributed across the nation, including to red states and in support of immigration infrastructure.

You could imagine a reason it would make sense for migrants and asylum seekers to travel from the border to other parts of the country. But a good faith effort would include planning and resources. It would include giving people full and accurate information about where they would be going and some choice in their fate. These current stunts are nothing of this sort. They are driven by cruelty and lies. They are certainly not for the benefit of the immigrant or even the immigration system. They are about scoring political points on the backs of others. Can you imagine being put on a bus or a plane with your children — or even being a child yourself — and arriving at some street corner, maybe late at night, with no idea where you were or what would come next?

Immigration is a complicated issue. It always has been. It stirs emotions deep and powerful.

The movement of people across oceans, over lines on maps, and within nations is a fraught endeavor. It is often driven by desperation, coercion, bondage, and hope. Those in transit tend to be vulnerable for exploitation.

One of the hallmarks of the human species is that we are incredibly mobile. From our origins (probably in Africa, say scientists) we spread out to almost every imaginable corner of the Earth — from the arctic tundra to equatorial rainforests, from the tops of mountains to remote islands. We invented all manner of conveyances to carry us over open seas, across continents, and even through the air. Horizons beckon us to go beyond them.

Humans, however, are also territorial. We have claimed time and time again, around the world, and throughout history, that this land is “ours.” We have divided the globe into discrete states. We have created borders, sometimes hundreds or thousands of miles long, that delineate divisions over who has the right to live on either side. Sometimes these boundaries follow geographic reasoning — rivers or mountains. Sometimes they are literally just random lines on the map.

For all this human movement, however, we are also a species with a strong sense of home. We group ourselves in regions where we share language, culture, family, and friends. Some of us may be inveterate wanderers, but many would rather stay close to where we are most familiar and comfortable.

But that changes when violence threatens us, when living conditions prove inhospitable, when our prospects for earning a livelihood and providing for our family are hopeless, when our freedoms are trampled. Then a primal survival mode kicks in. We would do anything to protect ourselves and our families. We would put our own health and security at risk in search of a better life. It was this very instinct that over the course of many centuries brought waves of immigrants to the United States.

America, it is often said, is a land of immigrants. Most of us here had ancestors who attempted a similar journey to that of those now being used as pawns in political showmanship. Back in our family tree, someone made the decision that they needed to leave somewhere else and come here. For some of us, that decision was decades or centuries in the past. For some it was recent. Many in this country now are immigrants themselves.

There are also those among us whose ancestors didn’t choose to leave. They were ripped from their homes by force — chained, beaten, and raped — and taken to a new land where they were separated from their families and forced to live in bondage. Others still are the descendants of the original inhabitants of the Americas, whose lands were taken by new immigrants. Many of these Native peoples perished from the diseases brought by white settlers. Those who didn’t were forced from their homes and pushed into far less hospitable lands.

Of course, you won’t hear any of this context from those sneering now with xenophobic fear-mongering. There is no nuance in the MAGA slogan. Heck, they want to ban the teaching of this very history in schools. The truth isn’t comfortable, and it challenges their divisive narratives.

For as long as America remains a beacon for those seeking a better life, we will have to find ways of creating a fair, equitable, safe, and humane system for immigration. What can be done? Recognize the incredible advantages immigrants have brought to this nation. Be driven by empathy. And keep our nation protected. We should not expect these balances to be easy. And that is all the more reason to debate the issue with seriousness instead of scapegoating, with a commitment to our noblest values rather than an appeal to our basest instincts.

We would do well to remember those stirring lines from the Emma Lazarus poem “The New Colossus” that adorn the Statue of Liberty in New York Harbor:

“Give me your tired, your poor,

The wretched refuse of your teeming shore.

Send these, the homeless, tempest-tost to me,

I lift my lamp beside the golden door!”

We are talking about people here. Our fellow human beings. And there but for the grace of God go I.