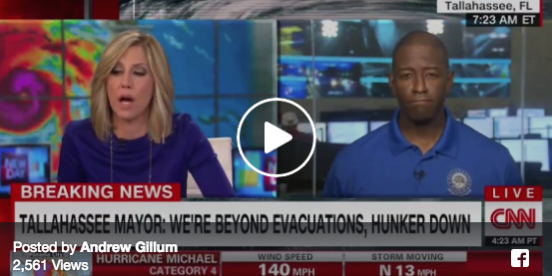 Politics is such a natural force in Florida that not even a hurricane can stop a campaign. And that is especially true when a part-time resident, Donald J. Trump, lives in the White House.

Tallahassee Mayor Andrew Gillum suspended his campaign for governor Sunday to return to the city as it prepared for a battering by Hurricane Michael. President Trump was in Orlando Monday night, can threw a couple jabs at the mayor while trying to give his endorsed candidate, Ron DeSantis, a boost.