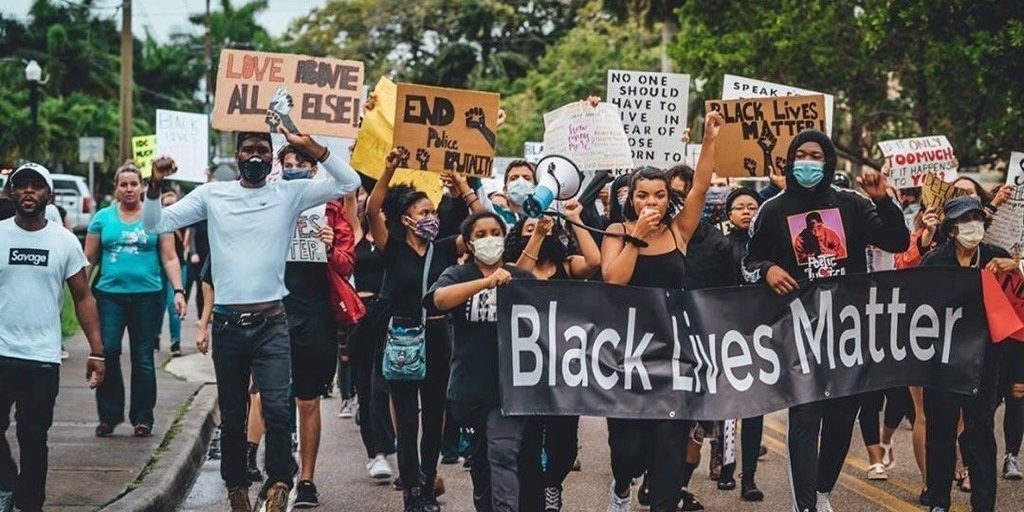 Last Friday, about 1000 people peacefully marched in Punta Gorda to demand justice for victims of racial injustice and police brutality. The marchers were diverse racially and generationally: black and white; young and old; Democrat and Republican. Members of law enforcement, including Punta Gorda Police Chief Pamela Davis and Charlotte County Sheriff Bill Prummell, also participated to show their support for correcting the wrongs of racial injustice. 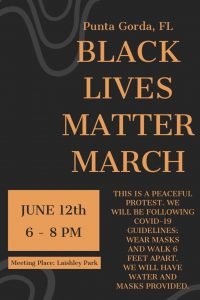 March organizers are asking Charlotte County residents to once again peacefully march with them in a second Black Lives Matter March, said Carson McNamara one of the organizers. “We were planning to have a series of events, not just one march”, Carson said. In addition to the marches, organizers are planning a town hall with Punta Gorda Police to discuss policy.

Because the march was conducted peacefully and orderly, the movement has gained credibility, Carson said. However, weather wasn’t so cooperative. Heavy rains before the event forced canceling scheduled speakers. Community leaders are again scheduled to speak at the second march.

The event will begin at 6:00 pm Friday, June 12 at Laishley Park. Community leaders will speak to the crowd before the march starts. Marchers will have the opportunity to register to vote at a voter registration booth. There will also be a poster-making station.

Lawmakers to discuss major change to local airport board
February 21, 2021