Candidates for the Charlotte County School Board District 4 seat 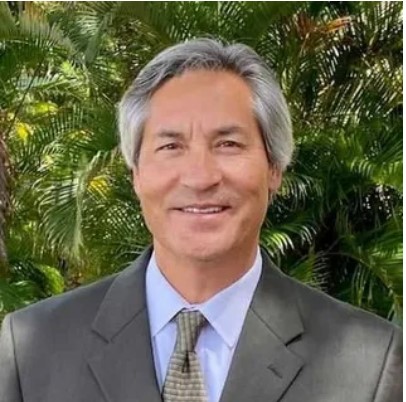 Voters have two distinct choices in who will fill the District 4 seat on the Charlotte County School Board after the Aug. 23 primary election.

The Daily Sun was unable to interview Barber in person. He cancelled the first scheduled interview and when we tried to reschedule a second appointment, or do a virtual interview online, he was not available. Barber requested we send questions via email but that is not consistent with our policy to interview candidates in person or, as a last resort, in a virtual online session.

What we know about Barber consists of what he has put on online with the Supervisor of Elections and from a phone interview a reporter had with him a month ago.

Barber has written that he looks “forward to the opportunity to serve our community on the School Board. I believe I have values that directly reflect those of the vast majority of Charlotte County taxpayers and parents.”

He says the number one job of the School Board is to set policies that align with the values of our community. Number two priority is to be an excellent steward of taxpayers’ money.

Barber, an Englewood businessman, has been a vocal critic of the county’s public school district — accusing school boards of denying their children’s rights to attend school during the pandemic. He claims there was “never a shred of evidence” children were adversely affected by COVID-19.”

He alleged he’s seen reports of students being “sexualized” in every grade and has blamed school boards across the state for doing “an awful job of managing technology in the hands of kids.”

He retired in March and opened a small business selling mattresses with a partner.

“I decided to run for the School Board because I thought there’s no better way to stay involved with my teaching skills and administrator skills,” he said. “Let’s get more educators on board who know teachers and kids and know what is involved.”

LeClair said the school referendum that has raised money for the past few years has been great benefit — especially with the seven–period day and allowing students to participate in sports, band and other extra curricular activities.

He said it’s been “eye opening for me what is going on” politically.

LeClair said in all his years in schools he has never seen anything remotely related to so-called “grooming” and that if something like that ever happened he believes parents would be the first to complain and that the schools would have to deal with it.

He does not support the recent charter school bill that takes away the local School Board’s rights in granting charter school approvals in their district.

The lack of a face-to-face with Barber makes our choice even easier.

Even with all the experience LeClair has, he did not come off as someone who would always side with the school district if he believes something is not right.

We recommend John LeClair for Charlotte County School Board District 4.