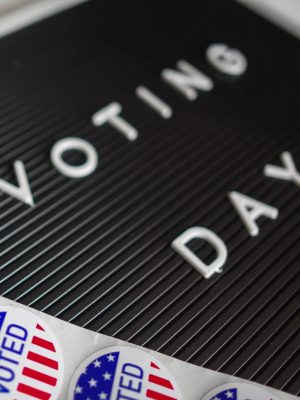 Editor’s note: And if you think Wall Street does better under Republican administrations, guess again. Read the historic truth here.

This administration believes they can drive a strong recovery by maintaining a commitment to “growth-focused policy,” but our extraordinary economic concerns undermine it. Like millions on Main Street, economic security doesn’t (and hasn’t for four decades) ‘trickle down.

A recent  US Census Florida survey indicated that 51% of respondents reported a loss of employment income since March 13, 2020, 12% reported food scarcity, 40% delayed getting medical care in the past four weeks, and 26% reported housing insecurity. We are on the precipice of a national mass eviction crisis, with an analysis indicating between 19-23 million, or 1 in 5 renters, are at risk for eviction by the end of September 2020. A fifth of the pre-pandemic workforce is currently receiving jobless benefits. Early hopes of a V-shape recovery have been thwarted as renewed outbreaks in several regions have caused consumers to hold back on spending and some businesses to re-close.

This administration’s priorities are re-opening schools fast, but not necessarily safe, shielding businesses from legal liabilities stemming from the virus, cutting jobless benefits, and continuing the wealthy’s 2018 tax cuts. Great for Wall Street, not so much for Main Street.

The Biden team’s overarching economic priority is making life less risky for ordinary Americans. Biden believes that random misfortune shouldn’t ruin people’s lives and finances. Making recessions shorter and shallower would boost growth over time by keeping workers in the labor force and preventing unnecessary business failures. Most of all, Biden knows that building back America’s economy means lifting up all Americans, not building up the wealthy on the backs of working and middle-class families.

As Florida’s Commissioner of Agriculture and Consumer Services Niki Fried stated in this article, “when President Trump talks about the economy, Americans should remember something: he’ll neither make nor keep, America great for you.” If economic recovery is important to you, vote Democrats up and down the ballot! Do it by ‘Vote-by-mail,’ do it by voting early, or do it on November 3rd. YOU must do it, and YOU must make your vote count! Here’s how YOU do it!