Independence Day weekend has arrived. Remember what it means. 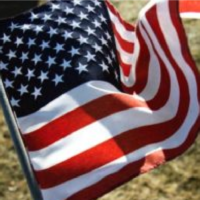 Is that all there is? Well, no. We are supposed to be celebrating the beginnings of the United States of America, our nationhood and independence from tyranny. It is July 4th, when we commemorate the Declaration of Independence and we declared that we are FREE, INDEPENDENT, AND UNITED.

Fast forward 245 years and you see that we are not united. We are the divided states of America: divided states and cities, divided neighborhoods, and households. What would those who came before us say if they saw us today?

How many of our brave colonists died to form this country and to defend it? 25,000. Those who fought against the British to start a new nation would be disgusted to see how we have turned against one another. Escaping the monarchies and oppression in Europe, they would readily identify the former president as someone who thought of himself as an all-powerful king.

Those who fought in the Civil War would be equally horrified by the fact that today black men are chased and murdered or killed in disproportionate numbers at the hands of police officers. How many military fatalities in the Civil War? 620,000. Would they think they died in vain?

Those who fought to defend our democracy all over this planet, defeating socialists and fascists, would have easily recognized and been shocked and angered by the brazen fascist attempts to overthrow the will of the people after the last election. There are those who are still lying and making a mockery of the 2020 election and our democratic processes. Military fatalities in World War II: 405,399.


Of all the many lies that the former president told, the most heinous is the one about the election being stolen. And all these months have passed and there still has been no evidence produced which proves there was widespread fraud. None. Nada. The “Big Lie” has caused hatred and deaths. People are still dying to preserve our Democracy, and the threat is internal and native, not external, and foreign.


Our founding fathers would have been angered at the violence, which was encouraged, even ordered, by a president who was not happy with the outcome of the election. Here is the truth: Joe Biden won the election. Lies are still being told. People have died because of those lies. This should not be so.

To quote Abraham Lincoln, “A house divided against itself cannot stand. I believe this government cannot endure, permanently half slave and half free. I do not expect the Union to be dissolved — I do not expect the house to fall — but I do expect it will cease to be divided. It will become all one thing or all the other.”


We will overcome the lies and falsehoods and be united. Believe this: History will not treat the liars, insurrectionists, and their protectors well. The future belongs to President Biden, Vice President Harris, and the people who stand with what they stand for and what they believe.

We will overcome the ignorance, darkness, and hatred, and head back to unity, light, and wisdom. The glimmers of light are starting to crack through the darkness through the recent comments of a few folks who had previously defended and remained loyal to the former president. Time will bring out the truth, “And you will know the truth, and the truth shall set you free” (John 8:32). It will set us free and bring us together again as one nation.

Have a safe and enjoyable 4th of July. Reflect on all that is good in this country. E Pluribus Unum!