Legislature’s insurance reform has no guarantees 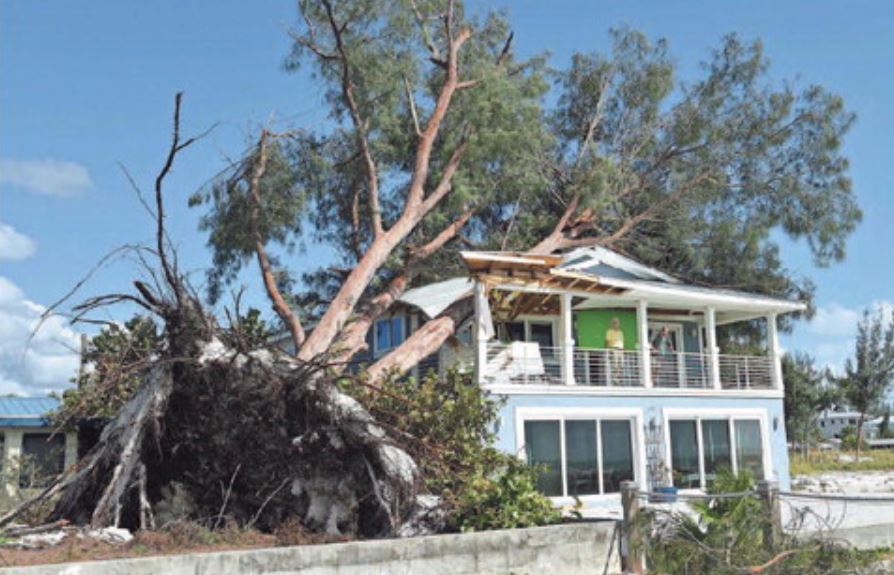 The following editorial was published in The Daily Sun on Dec 18, 2022.

OUR POSITION: The new law and guidelines for property insurance in Florida are heavily tilted in favor of the insurance industry and we are concerned it may not help lower premiums or create more competition for clients.

The Florida Legislature passed a bill during its special session aimed at fixing the state’s battered and broken property insurance system.

We worry the fixes are more aimed at helping insurance companies rather than Florida policyholders (i.e. homeowners).

Florida homeowners have been besieged by high premiums and high hurricane deductibles after storms such as Hurricane Ian which slammed into Southwest Florida in late September. Some property owners struggle to find insurance coverage and turn to the state run ‘insurer of last resort’ — Citizens Property Insurance Corp.

Some local homeowners are seeing special hurricane wind deductibles that run into the thousands of dollars.

Unfortunately, we worry the actions taken by Republican majorities at the Florida Legislature are more focused on protecting insurance companies from lawsuits than protecting consumers and homeowners.

The measure passed by GOP lawmakers and signed by Gov. Ron DeSantis tries to put a dent in lawsuits brought against insurance firms.

A number of industries prefer arbitration to lawsuits and potential trials. They prefer those for a reason.

Litigation is certainly part of the challenges facing Florida’s insurance system. But the new law requires homeowners to shoulder the cost of insurance fees and litigation, even if they win. That will discourage lawsuits.

We worry that the new law will be less about frivolous lawsuits and more about discouraging legitimate grievances from homeowners who have paid premiums but feel they are not being properly covered for damages after storms.

The measure also hinders homeowners ability to bring in their own contractors The Legislature is also putting another $1 billion in taxpayer funds to help insurance carriers with their Florida costs for reinsurance — insurance companies take out to protect themselves in a catastrophy such as Ian. The state assembly put $2 billion in that fund earlier this year.

The transfer of $3 billion in state money to the $1.4 trillion U.S. insurance industry should be amply scrutinized.

The special session law will also require more homeowners to move from the state-run Citizens insurance group to a private insurer if the latter offer a premium within 20% of the public group.

That means some Florida homeowners will be required to pay as much as 20% more for insurance coverage. That does not seem overly consumer friendly. More Citizens’ policy holders will also be required to obtain flood insurance under the new rules.

That will also raise their insurance costs. The new law does look to have insurers move faster on claims after seeing slow movement on estimates and damage payouts after Hurricane Ian brought as much as $70 billion in property damage with its destructive Category 4 path.

DeSantis and other Republicans argue the moves will stabilize the troubled insurance marketplace and the new litigation barriers and $3 billion in state money for the industry will bring in more carriers.

But there is no guarantee more carriers will mean more competition and lower premiums. Plenty of Floridians are skeptical that a sweeter pot for insurers will just be teamed with continued higher rates and less options for customers. The industry has plenty of friends in Tallahassee resulting in plenty of carrots for the insurance side and plenty of sticks for consumers and attorneys.

The special session was obviously aimed at bolstering insurance companies and keeping them operating in Florida.

But we have significant worries the actions will do nothing to lower premiums and help homeowners.