Get ready for those higher FPL bills 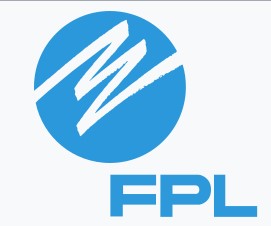 The following editorial appeared in The Daily Sun on Dec 16, 2022. It seems that the  Florida Public Service Commission serves the utilities, not Floridians.

OUR POSITION: Higher electric bills are on their way. Should we accept them as the bill for Hurricane Ian?

It’s no surprise. Everyone saw this coming. We said earlier that it’s the price we paid for what had to be classified as a fantastic response to a statewide emergency. FPL — seeing the expected ferocity of Hurricane Ian — called up its partners from around the nation and had crews ready to go to work as soon as the winds died down.

The result was an ability to restore power to most places much faster than we remember happening after Hurricane Charley, for example.

We applauded FPL for its preparedness and the work ethic of its crews. Not even higher electric bills can wipe out admiration for the utility’s performance.

But customers have a right to question how the PSC approves these rate hikes — we’ve almost lost track the past couple of years. FPL is one of the few — maybe only — large corporations with an almost built-in guarantee its shareholders will see a profit each year.

Of course, FPL was not the only state utility to get a rate hike. Duke Energy Florida, Tampa Electric Co. and Florida Public Utilities Co. also were approved to bill customers for Ian. And, hold your breath, because of the cost of natural gas most power plants use to operate, we may see another rate hike in the spring of 2023.

Rates likely will increase again in the spring because of high costs of natural gas used to fuel power plants. FPL plans to go back in front of the PSC in the spring to recoup $2 billion in fuel costs from 2022. If approved, it will be added to your bills starting in April — to avoid “rate shock,” according to FPL.

FPL will argue, with good reason, that they are still a bargain. For example, Duke electric customers will have to deal with a hike for 1,000 kilowatt hours from $150.02 to $168.90 in January, the PSC announced.

Call it the price of doing business or the bill for Hurricane Ian. But for storm victims still wrangling with insurance companies and living under blue tarps, it’s another financial hit on top of expected soaring premiums for homeowners’ insurance.

It just keeps getting more expensive to live in Florida.