Martin Luther King, Jr. did not give up. Those fighting for democracy must follow his example. 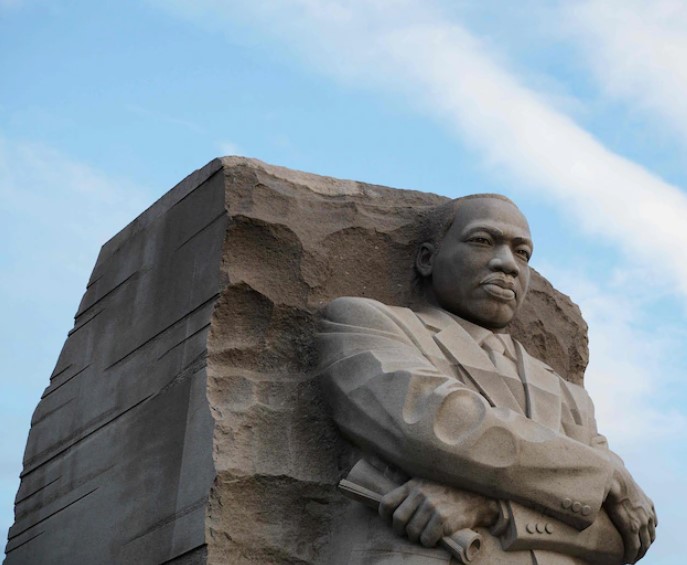 On this Martin Luther King Jr. Day, it is perhaps more important than ever to recall King’s immortal expression of hope, a paraphrase of a 19th century abolitionist minister: “The arc of the moral universe is long, but it bends toward justice.”

King preached both urgency and patience — nonviolent perseverance in the face of fire hoses, dogs, beatings, lynchings. Every second of marginalization was intolerable. Yet it took a decade after King’s 1955 Montgomery, Ala., bus boycott for Congress to approve the Civil Rights Act of 1964 and the Voting Rights Act of 1965. Enslaved Americans had been freed a century before. King did not lose hope. He kept working. He believed that most people feel compassion for their fellow human beings, even if it can take time for some to recognize themselves in others — and even more for this recognition to change minds.

Though the challenges today are different, it is increasingly hard to hold on to this hope and faith in each other. Compassion across political and social disagreements appears to be disappearing. Abhorrent beliefs are hardening rather than softening. Americans increasingly refuse to venture outside their bubbles — physical and virtual zones of the like-minded that are filled with varying amounts of misinformation.

Thus, a once-in-a-century pandemic is exacerbated by people who refuse to accept miracle vaccines and the politicians who pander to them. A disturbingly large number of voters, concentrated on the right, now believe that anti-democratic violence is acceptable. And, most important for King’s legacy, the political system is failing to protect the voting rights of minorities in the United States.

The Supreme Court in 2013 gutted the Voting Rights Act. Republican-run states have since passed waves of laws that are designed to make voting harder, with a disproportionate impact on minority communities. There was once a bipartisan commitment in Congress to protect all Americans’ voting rights. Now, Republicans block bills that would impose modest minimum standards for voting access and they balk at efforts to repair the Voting Rights Act they once overwhelmingly supported.

King would not have lost hope. He would have kept working. “The road ahead is not altogether a smooth one. There are no broad highways that lead us easily and inevitably to quick solutions. But we must keep going,” he declared in Montgomery in 1965.

It is crucial to seize every opportunity for progress, even if it feels small and insufficient in the moment. Senate Republicans are poised to block voting access bills this upcoming week, and Democratic holdouts refuse to change the chamber’s rules to ease their passage. But some have expressed interest in insulating the election process from partisans who would subvert the results. As important as enabling Black Americans to vote is ensuring that their votes are counted over the objections of those seeking to label their ballots illegitimate.

If there is an opportunity to make even a small amount of progress, leaders of conscience must seize it. Then they should redouble their efforts — in towns, cities, counties, states, the courts and Congress — to do more. King’s hope for the future was not an invitation for complacency. The arc of the moral universe will not bend itself.

Image Credits: The Stone of Hope, a granite statue of civil rights leader the Rev. Martin Luther King Jr., stands at his memorial in Washington on Jan. 14. (Mandel Ngan/AFP/Getty Images)