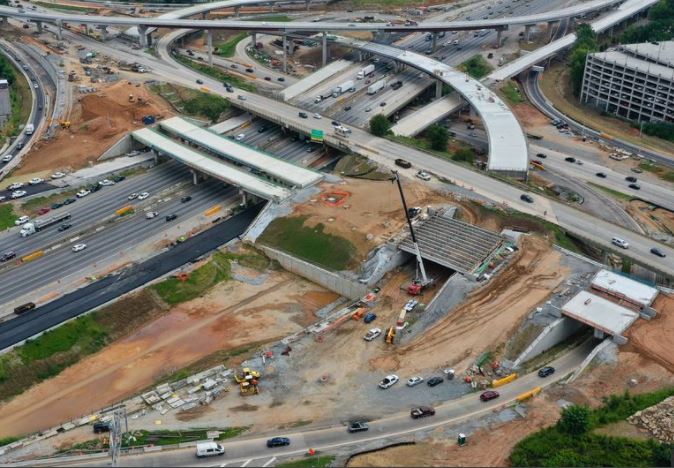 The following editorial was published in The Daily Sun on March 7, 2022.

OUR POSITION: Finances, growth and environmental roadblocks are all challenges Charlotte County faces in order to accommodate the need for road improvements expected the next 20 years.

There are hundreds, perhaps thousands, of people moving to Charlotte County every year.

While housing is an issue, and costs of housing even more a challenge, there are three options they have when it comes to finding a home.

They can buy or rent an existing dwelling, they can purchase a home in one of several new developments like West Port, Babcock Ranch or Biscayne Landing, or they can buy or build on one of nearly 100,000 platted lots in the county that sit vacant. Many of those lots are already owned — most of them purchased years ago when General Development used a nationwide advertising campaign to sell lots for $10 down and $10 a month.

A lot of attention has gone to development along Burnt Store Road in the county’s south end recently. But there are potential transportation issues even more of a threat to motorists.

Many of those platted lots sit in the county’s interior. If a majority of those lots were built on in the next few years, imagine what U.S. 41 (Tamiami Trail) will be like to drive on in season. Already we’re hearing people say this year is the worst they have seen for traffic along the corridor between Punta Gorda and Murdock.

But there are other areas badly in need of roads or expansion of existing roads.

Anyone who lives in Englewood, South Gulf Cove, Gulf Cove, Gardens of Gulf Cove or Rotonda can tell you stories about hour-long trips home from Port Charlotte when State Road 776 is blocked. In the past two months that has happened at least twice as Charlotte County Sheriff’s Office deputies have had to close the road before the Myakka River bridge to investigate bad accidents.

When that happens, there is no other way to get to that rapidly developing area of Charlotte County without going north to River Road and taking it back to Winchester Boulevard. That is a long trip and the backup on S.R. 776 spills over into North Port where long lines of traffic make the drive even longer.

The county must figure out a second way to cross the Myakka River. Whether than means another bridge, a tunnel, whatever, it has to be done or the county’s western residents will be isolated even more.

And, speaking of River Road, developments along the section between U.S. 41 and Englewood are forcing officials to look at that two-lane section for widening soon. It took years and a lot of political arm twisting to get approval and financing to widen the section from U.S. 41 to Interstate 75. Now, the same needs to be done for the western section of River Road.

D’Juan Harris, executive director of the Metropolitan Planning Organization, said the group will be meeting March 21 to discuss upgrading its priority — or should we say wish — list.

Already that list includes the much-needed widening of Harborview Road in Charlotte Harbor and work on Jones Loop Road from Piper to Burnt Store Road, among other projects like intersection improvements at several locations in the county. Add to that turn lanes at the Charlotte Sports Park and S.R. 776 and Flamingo Boulevard.

How to fund those projects — especially with gas tax money leveling off as motorists switch to more fuel-efficient vehicles — is more than enough to give anyone a headache.