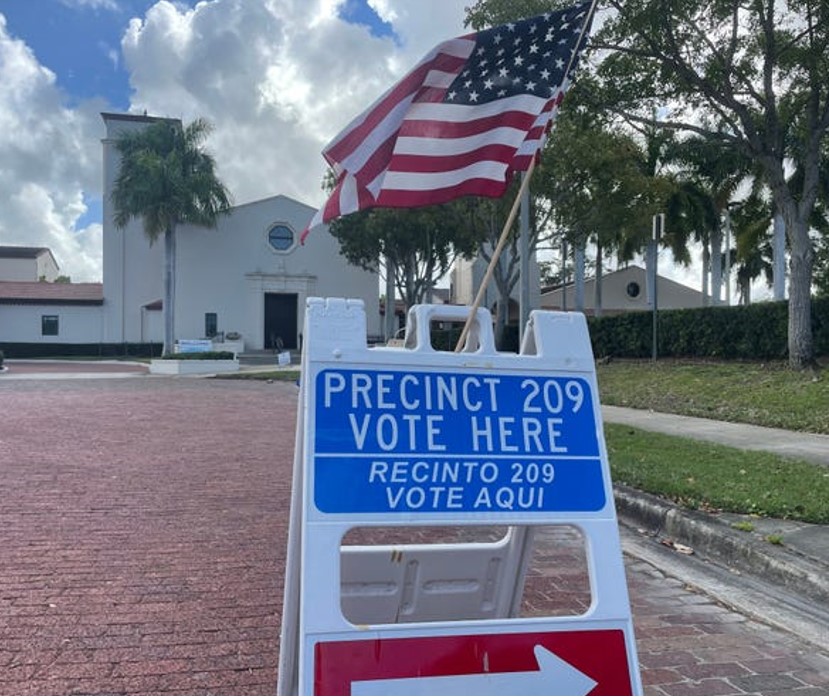 Editor: Why does this special election matter to Charlotte County? $100,000 in  dark money from Tallahassee did not dissuade voters from  re-affirming their preference for  distinct district representation for its commissioners, rather than a county-wide tally, which can be slanted to achieve political objectives, e.g., development favoritism and/or all single party candidates elected to squelch controversy.  We may see similar measures here in Charlotte County, e.g., county wide election of  members of the Punta Gorda Airport Authority has been proposed, which could consolidate control of this vital asset in just a few hand-picked individuals.  Our northern neighbors have spoken; let us listen and applaud!

The tabulations showed that 57.2% of voters opposed the proposed charter amendment, while 42.8% voted for it.

The tally came with all 99 precincts reporting. All early voting ballots and most absentee ballots had also been counted.

“It’s just wonderful,” said Kindra Muntz, the president of Sarasota Alliance for Fair Elections, an organization that advocated for single-member districts. “I feel so grateful that all the people of the county worked together. People of all political parties stood up; we actually defeated what the commissioners were trying to take away from us.”

In a 2018 referendum, nearly 60% of Sarasota County voters approved single-member districts – a system in which commissioners are elected solely by the citizens of their district. Previously, county commissioners were chosen through countywide elections.

County commissioners have said they thought voters didn’t understand what they were voting on in 2018, so they decided last year to schedule another referendum, hoping to reverse the earlier decision.

“The voters have spoken, and we always respect the will of the voters, ” said Jack Brill, the acting chairman of the local Republican Party.

Brill said his party will now start focusing on the School Board election in August.

“The other party was convinced that the voters were confused the first time around,” she said. “Voters weren’t confused.”

Proponents of single-member districts contended that the system makes commissioners more accountable and gives candidates who aren’t backed by the business community a better chance at winning a seat on the commission.

The current commissioners, on the other hand, said that the system prevents residents from voting for four out of five commissioners.

An expensive campaign by a Tallahassee-based political committee promoted countywide voting for commissioners.

Tuesday’s referendum is the third indication that there is more support for single-member districts in Sarasota County than opposition to it. The first was the 2018 referendum. The second was Sarasota County’s 2021 Citizen Opinion Survey.

The survey asked county residents to rate, on a scale of one to five, how they feel about the fact that the county changed from countywide elections to single-member districts. The survey found 26% of the respondents disapproved of the change, while 40% approved of it.

County voters also approved the renewal of an optional property tax for the Sarasota County School District on Tuesday, with 85% of voters supporting the referendum and 14.5% opposed, according to unofficial results.