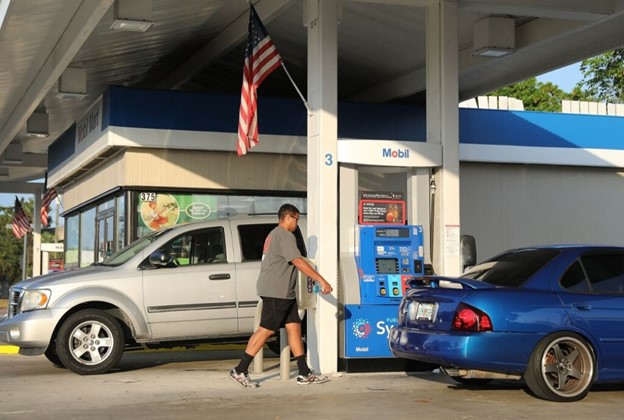 After making a fight against inflation its “top priority,” the Biden administration says aspects of the economy are robust, even if headlines haven’t reflected that.

Senior administration officials promoted Biden’s economic record on a call with local reporters Wednesday on positive economic indicators — mainly low unemployment and falling gas prices — ahead of a quarterly GDP report to be released Thursday that could show the country is entering a recession.

The White House has appeared frustrated in recent weeks that the decline in gas prices has not received the same news coverage as the precipitous climb earlier this year.

Nearly half of states have unemployment rates of less than 3%, the economy has added 375,000 jobs per month over the last three months, supply-chain issues are resolving and the nationwide average price of gas is 70 cents below its peak six weeks ago, administration officials said Wednesday.

But that news hasn’t penetrated the way the rise to record-high gas prices — which the administration blamed on the disruption to global markets caused by Russian President Vladimir Putin’s invasion of Ukraine — did earlier this summer, the White House has complained.

“While the rise in gas prices last month due to Putin’s Price Hike was met by wall-to-wall media coverage, the fall in gas prices has not earned the same reception,” White House Communications Director Kate Bedingfield said in a memo this month.

A variety of factors led to the spike in gas prices, experts say.

Prices have risen consistently during Biden’s presidency, from a national average of $2.42 a gallon in January 2021 when Biden was inaugurated, to $3.41 a gallon a year later, the month before Russia launched its attack, according to the U.S. Energy Information Administration.

An administration official said Wednesday Biden’s decision to release 125 million barrels of oil from the Strategic Petroleum Reserve — a complex of underground storage caverns along the Texas and Louisiana coasts — was partly responsible for falling gas prices.

The average price of gas Wednesday was $4.30 a gallon, according to AAA. The automotive group pegged the highest-ever average at $5.02 on June 14. The White House expects prices to continue to fall to about $4 per gallon, an official said.

The rise in gas prices has led an overall spike in consumer prices, which rose 9.1% in June over 2021 levels.

Facebook
Twitter
Email
PrevPreviousMarco Rubio has spent years trying to cut Medicare
NextThe 2022 elections are near. What do you not know?Next