Take it from a high schooler who’s actually learned about CRT: Adults need to chill out 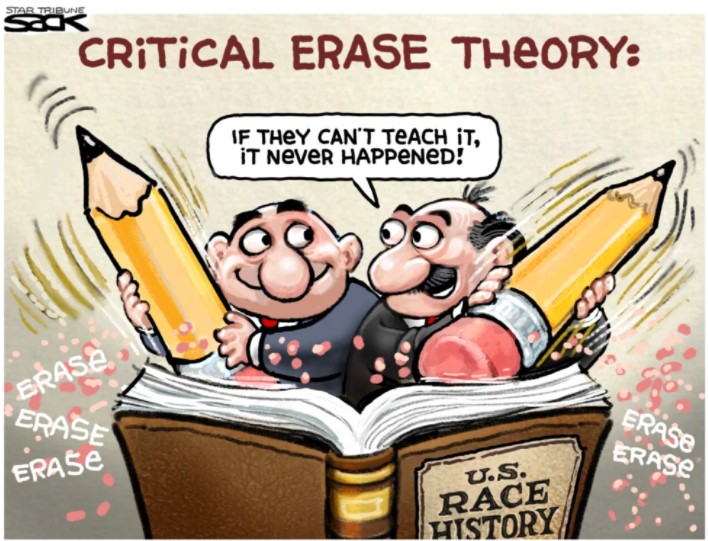 Christiane Calixte is a junior at the Berkeley Carroll School in Brooklyn.

As a Black high school junior, I have to say: The backlash I’ve seen against the teaching of critical race theory is unbelievable.

In most schools, as has been well established, critical race theory — an approach to analyzing the intersection of race, history and the law, generally reserved for higher education — isn’t even being taught. And yet, since January 2021, according to Education Week, more than 30 states “have introduced bills or taken other steps that would restrict teaching critical race theory or limit how teachers can discuss racism and sexism” in K-12 schools.

These policies are no joke.

One Tennessee high school teacher, Matthew Hawn, lost his job after showing his students a four-minute video of a poet performing a piece about White privilege. In Texas, James Whitfield was pushed out of his job as a high school principal after accusations that he was promoting CRT.

Opponents of CRT claim that this academic lens is divisive, anti-White and anti-American. Many have claimed that its teachings are a means of forcing a political agenda onto children in lieu of focusing on subjects deemed more educational.

Don’t be fooled, though. The retaliation against CRT shows that parents have no idea what students are learning — and that their protests are less about education and more about a projection of their own biases and fears.

As one of the few high school students who have actually been taught CRT, I should know.

At my school, students are often permitted to participate in short workshops on current controversial topics. The one we did on CRT lasted 75 minutes. For students who wish to deepen their understanding of CRT, a semester-long elective — completely optional — is offered during senior year. Material on CRT is by no means replacing instruction in math, science or other core subjects in our curriculum.

When we discussed CRT in our short workshop, we were taught the basic premise of critical race theory — that the underlying cause of racism within our country is institutional oppression built into American government and law. This structural racism shows up in systems such as the electoral college, which allowed slaveholding states disproportionate representation, and the prison-industrial complex, which upholds forced labor to this day.

Yes, we discussed White privilege, the fact that because of systems planted hundreds of years ago, White-identifying people have been given unfair advantages over their non-White counterparts. But this discussion in no way resembled the chaos described by anti-CRT activists who argue that the concept of White privilege will lead to widespread resentment of White people.

CRT does not promote the hatred of White people. Nor does the acknowledgment of White privilege.

All people, regardless of race, can work together to dismantle the systems used to oppress minorities. White people are even encouraged to use their privilege to do so.

In our discussion, CRT also wasn’t presented as absolute and unchangeable truth. Throughout the lesson, teachers emphasized that all students had the right to agree or disagree with the teachings.

Not one of us was crucified for failing to succumb to some “leftist agenda.” My fellow students and I had the opportunity to voice our opinions and explain the reasoning behind them.

Is this not what learning should look like? Should education not emphasize the critical thinking that students will need to use in future endeavors?

If the censorship of CRT continues, students across the country will be barred from taking part in similar conversations. Which is exactly what opponents of CRT want.

Their sentiments are translating to real, sometimes dangerous decision-making. More lawmakers and school officials are hopping on the bandwagon of inhibiting or twisting historical discussions of race, gender and discrimination. In one Texas district, an administrator told teachers, disturbingly, to include books with “opposing” views of the Holocaust to comply with new state legislation mandating that teachers discussing “controversial issues” incorporate “diverse and contending perspectives.”

CRT isn’t at all what its opponents paint it to be. It’s simply being used as a straw man for those who aim to restrict speech and knowledge — and, in some cases, perpetuate bigoted ideologies.

The right to discuss and speak up against discrimination has been long fought for. So please, adults, if you’re listening: Don’t reverse centuries of progress in favor of promoting ignorance. If the goal of schools is to create a well-informed populace, then nuanced discussions of historical racism must be held in classrooms. It is the only way young people will learn to think critically about our country’s institutions, and the only way to create an inclusive America for future generations.