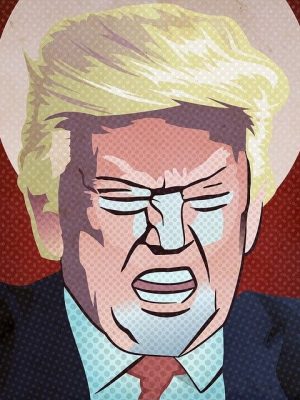 As former president Donald Trump’s legal and political problems mount, his chances of becoming the Republican Party nominee in 2024 are diminishing. But while the GOP might be moving on from Trump, it isn’t giving up on Trump’s technique of outrage-mongering. It’s simply finding new sources of fake aggrievement and artificial indignance to gin up its base.

In truth, Trump did not invent outrage politics. Long before he rode down his golden escalator to declare his candidacy in 2015, the right-wing media peddled a steady diet of contrived scandals to their viewers. They whined about mainstream media bias and the “establishment” in D.C. betraying voters.

Trump only perfected the art. He lied that President Barack Obama had bugged him. He smeared the FBI’s investigation into Russian interference in the 2016 election was a “witch hunt.” And, of course, he orchestrated a misinformation campaign to convince voters that the 2020 election was stolen, culminating in the Jan. 6, 2021, insurrection.

Still, Republicans do not need Trump to set up their own faux outrage. They have shown they have plenty capacity to invent scandals out of thin air. Florida Gov. Ron DeSantis, for example, made a spectacle of supposed cases of voter fraud in his state, committed mostly by African Americans, though those cases keep crumbling when prosecutors bring them to court. And Kari Lake, the Republican who lost Arizona’s governor’s race, had no trouble claiming the election was robbed, suing state election officials on Friday. A judge found a pre-election lawsuit by Lake seeking to prohibit use of electronic voting machines “false, misleading, and unsupported.”

And there is no shortage of Republicans who can perform on cue. Sen. Lindsey O. Graham (R-S.C.) nearly brought himself to tears when discussing Democratic attempts to “destroy” Republican Georgia Senate candidate Herschel Walker and “deter young men and women of color from being Republicans.” Rep. Vicky Hartzler (R-Mo.) also brought out the waterworks while speaking on the House floor against the Respect for Marriage Act.

Whether it is critical race theory, Dr. Seuss books going out of circulation or Disney objecting to Florida’s “don’t say gay” law, the MAGA crowd’s sources of distress these days share some familiar features. For starters, they rarely have any connection to actual government policy. That’s either because the scandals don’t exist (critical race theory is nowhere to be found in the curriculum of K-12 schools) or because they have to do with actions made by private companies in which government has no business meddling.

Second, the outrages often stoke the feelings of resentment among White Christian nationalists who think their vision of America is facing an existential crisis. There are plenty of genuine outrages they could focus on (e.g., Russian war crimes, declining life expectancy, gun deaths), but those aren’t the right sort of outrages for the MAGA crowd. They need stories about White and Christian Americans being victims or Democrats hating America.

Third, these Republican outrages have virtually no impact on the lives of most Americans. Inflation? Climate change? Jobs? Oh, please. These don’t get the base’s blood boiling.

Finally, the MAGA outrages have, by design, no solution. There is nothing the government can do about “the war on Christmas” (even if one existed). And the federal government has no power to abolish critical race theory in schools (even if it were being taught). Precisely because their supporters’ outrage can never be assuaged and their made-up scandals can never be resolved, the stories dominating right-wing media remain endless fodder for pot-stirring.

Perhaps it’s progress that the GOP is drifting away from its obsession with Trump. The less our political debate focuses on him, the better for those interested in preserving democratic norms.

But so long as one of the two national parties feeds on irrationality, conspiracy theories, victimhood and paranoia, our politics won’t return to normal. We will still lack a system in which both sides compete to present problem-solving agendas to voters. And the maelstrom of anger and victimhood will continue, creating an atmosphere in which any means to an ends is justified and political opponents are demonized.

In short, MAGA victimhood without Trump may be a new development. But it’s hardly an improvement.