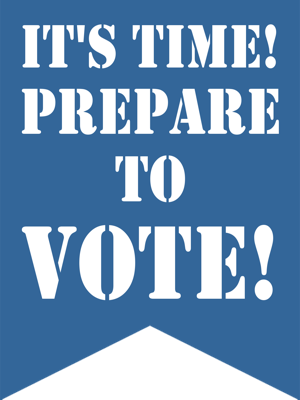 If you cry wolf too often, people will stop believing you … so goes one of Aesop’s Fables. President Trump’s playbook is a little different: tell a lie, tell it often enough, and people will start believing it’s true. His 2016 lies about voting fraud were unprecedented. His simple goal was to reduce turnout and discredit adverse election results.

The largest database of known documented cases of voter fraud is at the Carnegie-Knight News21 site. They only found 2,068 alleged election fraud cases from 2000 to 2012. Their analysis shows the fraud rate is infinitesimal, finding only 10 in-person voter impersonation on Election Day cases, which surprisingly prompted 37 state legislatures to enact or consider strict voter ID laws. With 146 million registered voters in the United States during that time, those 10 cases represent one out of about every 15 million prospective voters. A follow-up study of five states where politicians have expressed concern about voter fraud found hundreds of allegations but few prosecutions between 2012 and 2016.

President Trump’s claim that he lost the 2016 popular vote due to millions of illegal ballots was thoroughly debunked! His own Presidential Advisory Commission on Election Integrity made no decisions, issued no reports, and consequently had no effect on election laws. The group was disbanded in January 2018.

In November 2018, Rick Scott claimed without evidence that there was rampant fraud in the U.S. Senate election, he ended up winning. His administration quickly and widely rejected his claims, and eventually, a state judge. In April 2020, the Florida Department of Law Enforcement closed lengthy investigations into these issues, finding no evidence to support Scott’s allegations. The Brennan Center for Justice perfectly summarizes these and other most egregious voter fraud claims of the past five years.

Showing and convincing undecided voters that fraud is not an issue will be a challenge given President Trump and his surrogates’ lies. They know Vote by Mail (VBM) will be favorable to Democratic candidates if recent registration trends continue since it will protect voters’ safety amid the COVID-19 pandemic.

So what does all this mean for Charlotte County voters? Examining the recent trends (chart below) shows that election day voting (EDV) has remained steady for the last presidential or midterm elections. However, the two most recent midterms have seen significant increases in early voting (EV) and VBM.

For the November election, VBM will likely set records given the risk of COVID-19. As if on cue, President Trump and his surrogates have claimed that VBM is rife with fraud, even though he (fraudulently, since he claimed Mar-a-Lago as his residence) voted by mail in the March 2020 presidential primary. His claims will fuel doubts about the November election’s integrity, and he has already indicated he may not honor the election results.

We need to communicate the facts about the safety and security of VBM just as loudly to counter these lies. I will provide everything you need to know in a follow-up article that focuses on VBM. Look for it next week!

Protect yourself (from COVID-19) and your vote. Easily, conveniently and legally register for VBM in Charlotte County here.

Facebook
Twitter
Email
PrevPreviousBiden’s vision: boost the elder and child caregiver economy
NextA Day in the Life: Florida through the lens of hungerNext