Double trouble ahead for millions of Americans 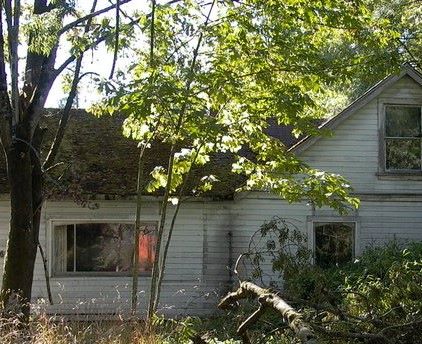 Millions of out-of-work Americans are going to face double hits that could leave them homeless and penniless unless Congress and the states take quick action. The additional $600 unemployment benefit has expired for roughly 30 million U.S. residents. Also set to expire on August 1st is the eviction and foreclosure moratorium on homes and apartments financed through federal housing programs. Under the coronavirus relief legislation passed in March, renters who live in federally-subsidized housing or in a property with a federally backed mortgage are currently protected from eviction.

If Congress doesn’t extend these deadlines in the coming days, eviction notices for renters could soon follow. And with the huge losses in income coming at exactly the same time, mass evictions could begin without intervention from Congress and the states. MSN reported that more than 23 million reported that they have slight or no confidence in their ability to make next month’s rent.

The speed and magnitude that families will lose their homes will be unprecedented, says a leading evictions researcher. Emily Benfer, the chairperson for the American Bar Association’s Task Force Committee on Eviction, told CNBC, “We have never seen this extent of eviction in such a truncated amount of time in our history. We can expect this to increase dramatically in the coming weeks and months, especially as the support and intervention measures that are in place expire. About 10 million people, over a period of years, were displaced from their homes following the foreclosure crisis in 2008. We’re looking at 20 million to 28 million people at this moment, between now and September, facing eviction.”

Hungry American families are already having difficulty getting enough food. In an interview with ABC News, Bankrate’s senior economic analyst, Mark Hamrick, said that the loss of the extra $600 a week for unemployed workers, “obviously causes real stress, and that translates to the risk that people aren’t even able to put food on the table….ultimately, this is a humanitarian crisis, when you see lines clogging highways (with) people obviously in need of access to food.”

Resources for Florida renters seem to be scarce.   FloridaHousing.org only appears to have rental assistance for “special needs” or homeless individuals.  Since the start of the pandemic, about 1.8 million Floridians filed for unemployment.  Our state has a maximum weekly benefit that is distressingly low; just $275 a week.  That translates to $1,100 a month to provide housing, food, medical care, and transportation.  Obviously, it isn’t enough.

As for who will suffer the most, Kalil Shahyd on the NRDC website, states that The Urban Institute conducted an analysis of workers in the four sectors most affected by the COVID-19 pandemic.  They found that food and accommodation, entertainment, retail, and transportation sectors combined represent approximately 26% of the labor force. 23% of all homeowners are employed in these four sectors along with 31% of all renters. Service workers, which represent 18% of the labor force, are likely to be the most affected category. 15% of the nation’s homeowners and 23% of renters work in that category. Overall, renters are much more likely to work in the more vulnerable sectors of the economy. The COVID-19 crisis increases both the severity of rent burden and the urgency for assistance as jobs are lost due to closings or because these essential service workers and their families are becoming directly impacted by the pandemic.

So what can be done about this?

The Emergency Housing Protections and Relief Act of 2020 recently passed by the U.S. House of Representatives could help. It contains critically needed housing resources and protections that also were included in the recently House-passed HEROES Act, namely:

However, the Republicans are still fighting among themselves about their response to these Democratic proposals.  As of July 24, they had not responded with any concrete proposals of their own, leaving the unemployed hanging in the wind.

Tell Congress to extend the federal unemployment benefits and the eviction moratorium.

Resources for those financially strapped