Why we celebrate Labor Day 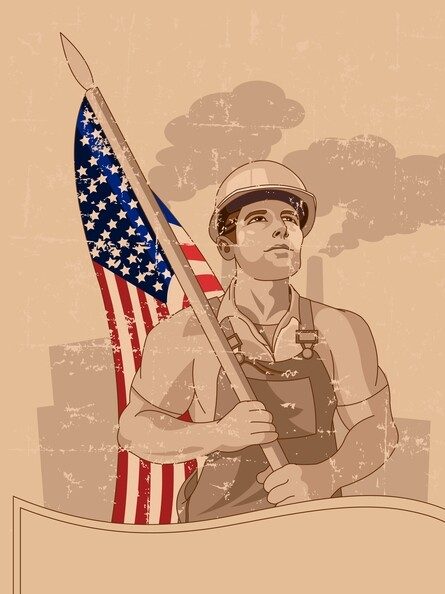 Labor Day celebrates these hard-fought gains. According to the U. S. Labor Dept, it is a federal holiday established in 1884 “dedicated to the social and economic achievements of American workers. It constitutes a yearly national tribute to the contributions workers have made to the strength, prosperity, and well-being of our country”.

Much of the history of united labor was bloody and horrific. Child labor was the norm; worker conditions were dangerous and pay was too low to live on.  The only way for work conditions to improve was for workers to organize, unite, and attempt to negotiate better pay and conditions for their employment. Often negotiations would fail, and workers were left with no alternative other than to strike. Striking was intended to prevent the business from operating by forming picket lines to block entrances.

Employers did everything they could to stop unions from forming. Union busting tactics included infiltrating union organizing efforts with spies, hiring “scab” workers to replace strikers, and violently attacking picket lines. If those tactics didn’t work, the police and national guard were called in to end the strike. Striking workers were arrested, the conflicts became bloody, and sometimes resulted in deaths.

This era of terrible labor strife occurred in an age of severe wealth and income disparity. It was the Gilded Age and the Age of Robber Barons. While workers struggled to provide for their families, famous tycoons such as Andrew Carnegie, John D Rockefeller, and J. P. Morgan made their fortunes.

The 1892 strike at Homestead Steel Works is an example of union-busting. Homestead steelworks, located outside of Pittsburgh, was owned by multi-millionaire Andrew Carnegie. It was unionized and its workers made higher wages than other steel plants owned by Carnegie. Although Homestead Steal was profitable, Carnegie was upset the plant was unionized, so he set about to bust the union.

Carnegie drastically cut wages and forced the union to strike. He then hired scab workers to replace the strikers. When the strikers attempted to block the scabs, Carnegie brought in Pinkerton guards. Violence and bloodshed claimed the lives of seven workers and three Pinkerton guards. The national guard came and ended the strike. Carnegie had succeeded in breaking the union. This sad saga is told in a song, “Father was killed by a Pinkerton Man“.

Currently, corporate interests have sought to maintain control and undermine labor unions. Some states have passed right-to-work laws that allow workers to enjoy the benefits of union negotiations without joining the union and paying dues. Companies have often closed unionized factories in heavily unionized states and moved their factories to non-unionized states or moved out of the US to poor third-world countries, which have much lower wages, worker-protection, and environmental regulations.

Now, the labor union movement is facing new 21st Century challenges: technologies such as automation and artificial intelligence are disrupting entire industries and eliminating many jobs.

More than 100 years ago,  corporate monied interests simply didn’t care about the suffering of their workers. So workers sought economic and social justice by striking and demonstrating.  They made the workplace — factory, mine, and sweatshop — the focal point of their fight.

Today, labor’s voice is not as loud and organized as in the past, but the social and economic justice issues are as important as ever. This Labor Day, let us remember the brave union pioneers and not forget the hard workers of today who do not earn a living wage. Let us be prepared to join together and continue the quest for economic and social justice for all.