Women are so fired up to vote, I’ve never seen anything like it 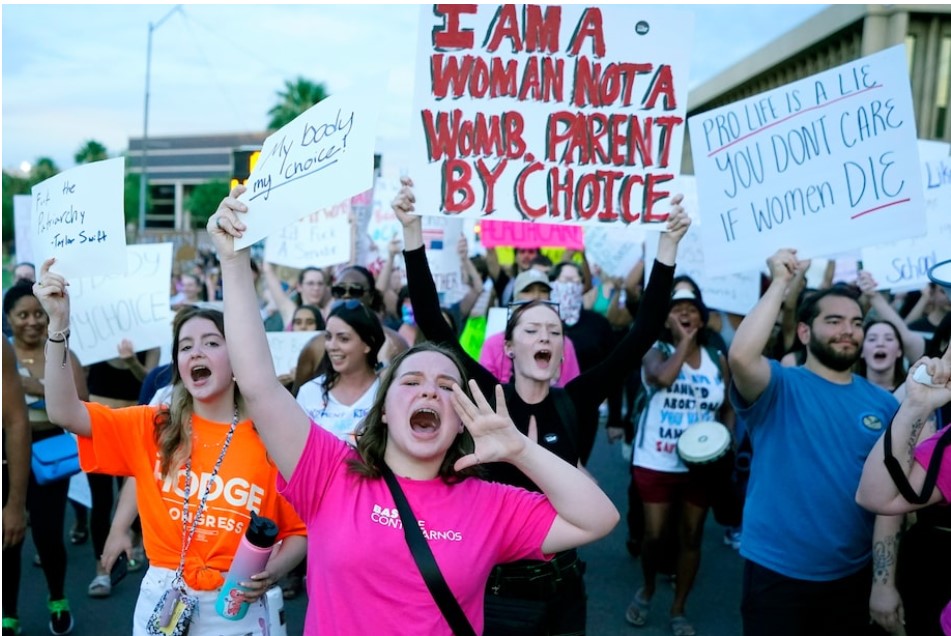 Mr. Bonier is a Democratic political strategist and the C.E.O. of TargetSmart, a data and polling firm.

I’ve watched Americans in recent years acclimate to some very grim realities. Especially since the ascension of Donald Trump, numerous tragedies and extreme policies have been met with little political consequence: schools targeted by mass murderers, immigrants treated as subhuman and autocratic regimes around the globe affirmed as allies. While Mr. Trump did fail in his re-election bid, a swing of just over 20,000 votes in the three states with the narrowest margins would have produced a win for him, and Democrats hold razor-thin majorities in the House and the Senate.

In the weeks following the leak of a draft ruling in the Dobbs v. Jackson Women’s Health Organization case, which all but guaranteed the end of abortion protections under Roe v. Wade, it initially seemed this pattern would hold. About three weeks after the leak, a CNN analyst claimed that “the Republican wave is building fast” heading into the midterm elections. In late May, the highly respected election analysts at the Cook Political Report increased their estimate of how many House seats the G.O.P. would gain. The discussion was not focused on whether the November general election would be a “red wave” but rather just how big of a wave it would be.

But once the actual Dobbs decision came down, everything changed. For many Americans, confronting the loss of abortion rights was different from anticipating it. In my 28 years analyzing elections, I’ve never seen anything like what’s happened in the past two months in American politics: Women are registering to vote in numbers I’ve never witnessed. I’ve run out of superlatives to describe how different this moment is, especially in light of the cycles of tragedy and eventual resignation of recent years. This is a moment to throw old political assumptions out the window and to consider that Democrats could buck historic trends this cycle.

One of the first big signs that things had changed came from Kansas. After voters there defeated a constitutional amendment that would have removed abortion protections in the state in a landslide, I sought to understand how activists could have accomplished such an astounding upset. While it takes several weeks for state election officials to produce full reports on who voted in any given election, there was an immediate clue. I looked at new voter registrants in the state since the June 24 Dobbs decision. As shocking as the election result was to me, what I found was more striking than any single election statistic I can recall discovering throughout my career. Sixty-nine percent of those new registrants were women. In the six months before Dobbs, women outnumbered men by a three-point margin among new voter registrations. After Dobbs, that gender gap skyrocketed to 40 points. Women were engaged politically in a way that lacked any known precedent.

Repeating the Kansas analysis across several other states, a clear pattern emerged. Nowhere were the results as stark as they were there, but no other state was facing the issue with the immediacy of an August vote on a constitutional amendment. What my team and I did find was large surges in women registering to vote relative to men, when comparing the period before June 24 and after.

The pattern was clearest in states where abortion access was most at risk, and where the electoral stakes for abortion rights this November were the highest. The states with the biggest surges in women registering post-Dobbs were deep red Kansas and Idaho, with Louisiana emerging among the top five states. Key battleground states also showed large increases, including Pennsylvania, Michigan, Wisconsin and Ohio, which are all facing statewide races in which the fate of abortion access could be decided in November.

The surge in women registering and voting helped the Democrat Pat Ryan prevail over Marc Molinaro — one of the more credible Republican recruits this cycle — in New York’s fiercely contested 19th Congressional District last month. This is not the type of performance you would see in a red wave election. Among the mail and early votes cast in the district, women outnumbered men by an 18-point margin, despite accounting for about 52 percent of registered voters.

With over two months until Election Day, uncertainty abounds. Election prognostication relies heavily on past precedent. Yet there is no precedent for an election centered around the removal of a constitutional right affirmed a half-century before. Every poll we consume over the closing weeks of this election will rely on a likely voter model for which we have no benchmark.

The stakes are high. Going into the midterms this fall, the G.O.P. need only gain six seats in the House and one seat in the Senate to retake control of those chambers, thwarting any hope of advancing federal abortion protections or any number of other liberal priorities.

Whether the coming elections will be viewed as a red wave, a Roe wave or something in between will be decided by the actions of millions of Americans — especially, it seems, American women. As Justice Samuel Alito wrote in the majority decision in Dobbs: “Women are not without electoral or political power.” He was right about that. Republicans might soon find out just how much political power they have.

Tom Bonier is a Democratic political strategist and the C.E.O. of TargetSmart, a data and polling firm. He teaches political science at Howard University and is a member of S.E.I.U. Local 500.