332,000 Florida children were uninsured in 2021; the number could rise, analysts warn 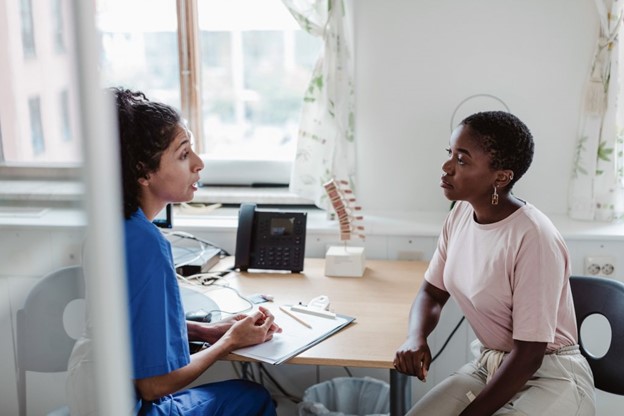 Florida ranks among the top 10 states with the highest rates of uninsured children across the United States, with an estimated 332,000 kids, from newborns to age 17, who were uninsured during 2021, according to nationwide data from Georgetown University Center for Children and Families.

State and national policy analysists fear that number could grow as families “fall through the cracks” of coverage, and during a virtual press conference Thursday called on Florida and other states to minimize coverage loss.

“Of course, because Florida is one of now just 11 states that have not expanded Medicaid, far too many residents will end up in the coverage gap, earning too much to qualify for Medicaid and too little to qualify for marketplace subsidies,” said Alison Yager, executive director of the nonpartisan advocacy group, Florida Health Justice Project.

Medicaid is a federal-state effort that provides health care plans for many low-income residents. In Florida, it is administered by Agency for Health Care Administration (AHCA).

“The extended access to Medicaid coverage during the pandemic has been life saving for many and life changing for many more,” Yager said. “It has allowed parents to keep themselves and their children healthy, no longer needing to put off care or forgo needed medications, treatments, or services due to high cost. Not only does health coverage increase access to care and improve health outcomes, but it is also a stabilizing force for individuals and families.”

A significant portion of people and families could lose Medicaid coverage due to “system failures and/or procedural deficiencies,” she said.

“Some portion of these will in fact still be eligible for Medicaid and just won’t know as much,” she said, which is why her group and dozens of other Florida organizations have sent a letter to the DeSantis administration seeking a statewide plan for how to ensure those families and individuals remain covered.

It is not clear whether the DeSantis administration has such a plan, according to Erica Monet Li, policy analyst at the Policy Institute, a nonpartisan and nonprofit organization.

The Phoenix has reached out to AHCA for clarification and is awaiting a response.

The letter, sent to Gov. Ron DeSantis on Wednesday, says that having a state plan would help agencies manage the 5.5 million Floridians who would soon fall under “redeterminations” of their eligibility for Medicaid and provide a road map for outreach to avoid coverage losses for eligible adults and children.

Florida, the third most-populated state, had the second highest number of children uninsured in 2021, behind Texas, according to estimates from the Georgetown center based on data from the U.S. Census Bureau.

That said, Florida’s rate of uninsured children is among the highest in the nation, coming in at 42nd out of 50 states and Washington, D.C.

The national 2021 rate of uninsured children was 5.4, but Florida’s was 7.3, according to the Georgetown data.

“Florida is on our list of states that we’re most concerned about whether children remain covered by health insurance going down the road,” Joan Alker, executive director of the Georgetown center, said during the new conference.

“Children are facing ongoing threats to their health from a slew of respiratory viruses and the ongoing mental health crisis,” Alker said. “Families face high inflation, rising prices for food, housing, and other essentials. The Medicaid continuous coverage provision provided access to health care and protection from large medical bills during a tumultuous time. Governors and state legislators must step up to the plate to ensure that we don’t see the numbers on the children go back up and sharply.”