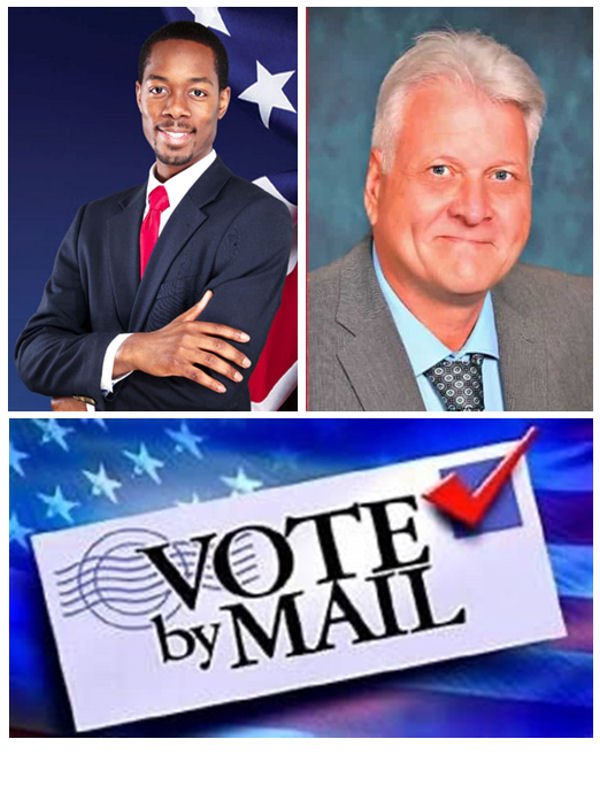 On June 18th the Charlotte County Democratic Party hosted a well-attended virtual roundtable discussion with Aisha Alayande, representing Allen Ellison, our candidate for U.S. Congressional District 17, now represented by Republican Greg Steube, and David Jones, our candidate for State House District 75, now represented by Republican Mike Grant. The intent of this roundtable was to allow voters to become better acquainted with the candidates, to understand the candidates’ views and plans to address COVID-19’s impact on senior citizens and the black community, and to identify actionable items for CC Dems.

After initial introductions by the candidates, our moderator (and chair of CC Dems), Teresa Jenkins, stated: “COVID-19 fatalities linked to elder care centers comprise nearly half the deaths in Florida and the percentage rises every day. Yet nursing homes and assisted living facilities’ residents and staff comprise only 2 percent of the state’s population. What will you do when elected to address these problems?”

David Jones answered that Republican state legislators take PAC money from elder care center owners and hence do not pass stricter reporting and monitoring requirements. Aisha Alayande commented that facilities that receive state funding are obligated to submit periodic reports and recommended that questions regarding COVID-19 protocols, PPE, staff training, and pay scales be added. Residents and essential workers (often low paid and/or minorities) need access to PPE and local testing. James Abraham asked how to do this and suggested a COVID-19 FAQ and resource data sheet be created and distributed. Other attendees suggested Medicare for All, N95 masks and hazard pay for the workers. David Jones endorsed expanded Medicaid in Florida since it would cover 200,000 low income Floridians; sadly this measure has been blocked by both Scott and DeSantis as governors. Another suggestion was that we should survey health care workers across the entire spectrum and ask them what THEIR needs are.

Teresa Jenkins shifted gears: “We’re experiencing a pandemic within a pandemic—Coronavirus and police brutality have roiled black communities. Once elected, what actions will you take to address these racial disparities?”

David Jones stated we need more stringent hiring and performance review procedures to weed out racist, violent police officers and to prevent them from being hired by other FL police departments after termination or quitting. Although David is pro-union, he believes that police collective bargaining control in this area needs to be restrained.

Aisha Alayande stated that a multi-disciplinary approach is needed through the election of more people of color to represent the residents. Such self-aware communities will find their needs being met for education, housing, health care and community policing, with crime reduction. She encourages us all to VOTE and suggested that white politicians should voluntarily step aside and endorse viable black and brown candidates to level the playing field.

All participants were pleased to see the active involvement of a diverse spectrum in the BLM marches; all ages, colors and genders. Young people engagement is especially encouraging; boomers need to both support and listen to the young and people of color. James Abraham commented that this is a “movement for humanity.”

Patrick Hurley asked that Charlotte County Dems embrace diversity via a resolution and practices. Our neighbors are being made to fear inevitable demographic shifts by Republicans. Can we show that we are not afraid, but rather we embrace these changes? Attendees were encouraged to patronize minority owned businesses and enter into dialogue on Democratic values and principles with the owners and patrons. Lenny Guckenheimer stated: “There are a lot of minority business within a mile of our Dem headquarters in Port Charlotte. Restaurants, laundromats, grocery stores all need our financial and moral support.”

Our next CC Dems virtual meeting will be held on July 6th and will feature guest speaker Cesar Ramirez, President of the Florida Democratic Hispanic Caucus. More information and event registration will be announced soon. Sign up and participate in Democracy!

Footnote: Aisha Alayande is seeking field directors and volunteer coordinators for the big 9 county Ellison campaign. Contact her at 347-837-8210 to help depose Greg Steube from his throne. The 17th district was held by Democrats until the 2012 election; it was reconfigured the 2010 census. Let’s win it back in 2020!