Celebrations and condemnations on the Supreme Court decision 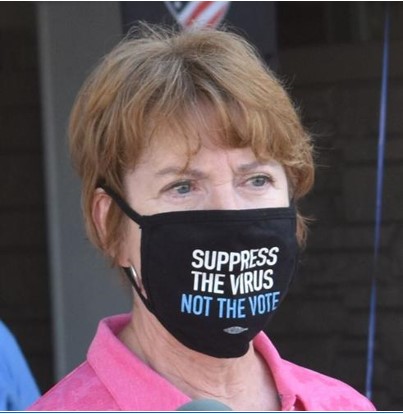 “Yet, I am certain that Florida Republicans will outright ban all abortion as soon as they’re able,” Jenkins said. “The Supreme Court’s decision to overturn Roe v. Wade underscores the need for the election of a Democratic governor in Florida and Democrats at the state and national levels. Charlotte County Democrats are more committed than ever to fight in the face of this horrible decision.”

The Diocese of Venice stated it was “pleased” by the Dobbs v. Jackson decision.

“This ruling now undoes the grave injustice of 1973, when Roe v. Wade decided that an entire class of human beings, the preborn, were outside the protection of the law,” it stated. “Now the states will once again have the opportunity to protect the lives of preborn children and in doing so, also protect millions of women from the tragic consequences of abortion.”

The diocese noted mothers and their children need more care.

“Pope Francis has called upon all Parishes to be islands of mercy in a sea of indifference,” it stated. “Parishes in the Diocese of Venice have redoubled their efforts to accompany women and couples who are facing unexpected or difficult pregnancies, offering them loving and compassionate care.”

Planned Parenthood of Southwest and Central Florida President Stephanie Fraim said it is “focusing on patient care” at this time.

“We know we will be even more inundated with calls from patients,” Fraim said. “We also want to remind everyone that surgical services will still be available in Florida, just not after 15 weeks. We are seeing additional patients from out of state.”

On July 1, Florida will have an abortion ban at 15 weeks, she said. Planned Parenthood will have a two-day visit to get patients to other states.

“These laws are medically unnecessary and cruel,” she stated. “Patients are confused about why this is happening to them and angry at those who implemented these laws.”

The three people running for, or working as, Florida governor, also had opinions.

“This is a tragic day for women in America,” Florida Agriculture Commissioner Nikki Fried said. “The freedom to make our own choices about our lives, our bodies, and our health care is fundamental to our humanity. It’s absolutely devastating to have those rights taken away.”

She said women and girls will die because of the decision.

“Women will now be forced to stay with abusive partners, to carry dangerous and unviable pregnancies to term, to be refused life-saving medical care, to seek out unsafe and illegal ways to have an abortion, to bear children conceived through rape and incest, and to endure a host of other indignities too varied and disturbing to describe,” she said. “It will have a catastrophic effect on women’s economic prospects and participation in the workforce.”

But Gov. Ron DeSantis said the “prayers of millions” were answered Friday.

“For nearly 50 years, the U.S. Supreme Court has prohibited virtually any meaningful pro-life protection, but this was not grounded in the text, history or structure of the Constitution,” he wrote on social media. “By properly interpreting the Constitution, the Dobbs majority has restored the people’s role in our republic and a sense of hope that every life counts.”

He said the state will “defend its recently-enacted pro-life reforms against state court challenges, will work to expand pro-life protections, and will stand for life by promoting adoption, foster care and child welfare.”

Charlie Crist, a former governor running for the job again, said his “heart is heavy” for women in Florida and the United States. He said they have lost federal protections for their reproductive decisions.

“Under Ron DeSantis, freedom for Florida’s women has been under attack. And with today’s decision, the fate of reproductive freedom in our state is now squarely in the hands of the governor and state legislature,” he stated.

He also called for the impeachment of Supreme Court justices who, under oath during their confirmation hearings, told U.S. senators that Roe v. Wade was the law of the land and “settled.”

One area resident celebrated the decision.

“I must document this day with one word: Hallelujah! A ‘right’ to abortion is not found in the U.S. Constitution,” the Rev. Randy McLendon, Liberty Tree Patriots, Englewood, stated in an email.