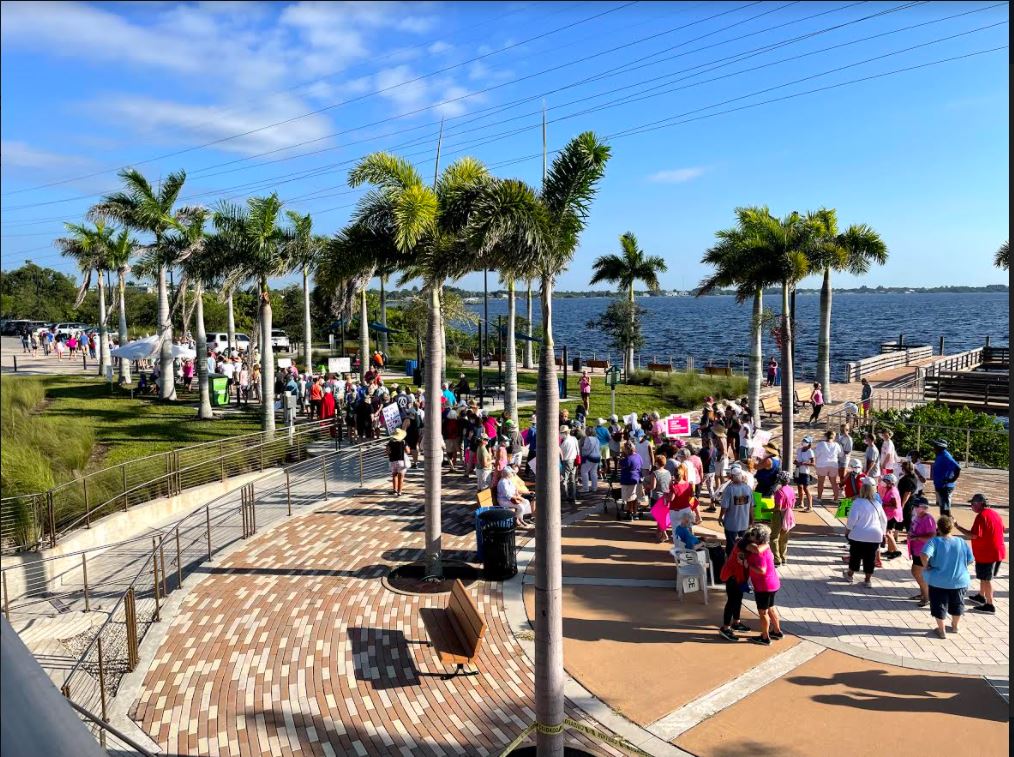 It was a song that became a rallying cry for the women’s movement during the 1970s, and its lyrics certainly came to mind last month when voters in Kansas  – yes, Kansas – resoundingly defeated a ballot amendment that would have given conservative lawmakers the opportunity to outlaw abortion in the state.

Much of the credit for that surprising outcome is likely due to the women who made up more than 70% of newly registered voters in Kansas after the U.S. Supreme Court overturned Roe v. Wade in June. Clearly the women of Kansas believe reproductive freedom is an important enough issue to take the time and effort to register to vote – and then to show up at the polls.

This should give pro-abortion rights candidates across the country, including Florida, reason for optimism. There is clear evidence that what happened in Kansas is also happening across the country. In North Carolina, Oklahoma, Pennsylvania, Ohio, Alabama, Florida and many other states where reproductive rights are under threat, women are outnumbering men as newly registered voters.

That’s not to say that candidates in Florida who support reproductive rights will be shoo-in winners in November. Far from it: In 2020, Florida voted well to the right of America as a whole. And Florida was also among the handful of states that gave President Donald Trump a higher percentage of the vote in 2020 than he received in 2016.

Still, it does appear that when women show up to vote, Democrats have a better chance of winning, even in red states like Kansas and Florida. And that bodes well for the future of the blue party.

Researchers and political pundits generally acknowledge that the differences in the voting patterns of men and women come down to their divergent positions on key political issues. In particular, they say, women are more likely to support reproductive rights, increased gun control regulations, the legalization of same-sex marriage and protections for the environment.

So just as women responded to Trump’s election in 2016 with marches around the world, they have reacted to the overturning of Roe v. Wade with increased motivation to vote in November. And the Supreme Court’s ruling is clearly a reminder to women of what is really at stake.

As former Supreme Court Justice Ruth Bader Ginsburg said in her 1993 confirmation hearing, “The decision whether or not to bear a child is central to a woman’s life, to her well-being and dignity. It is a decision she must make for herself. When the government controls that decision for her, she is being treated as less than a full adult human responsible for her own choices.”

Although an abortion amendment is not on the 2022 ballot in Florida – as it was in Kansas – it might as well be. Earlier this year Republican Gov. Ron DeSantis signed a bill prohibiting all abortions after 15 weeks of gestation, and he has openly stated his desire to further expand restrictions on reproductive rights. While DeSantis’ bill is currently hung up in the courts, it is clear that Florida’s reproductive freedoms will continue to be stripped away if he is reelected in November.

So, women of Florida, let them hear us roar this fall.

Laura Luckert is the co-founder of www.100yearsofthevote.org. She is a former Kansas resident who now lives in Venice.