Infrastructure legislation is a matter of life and death! 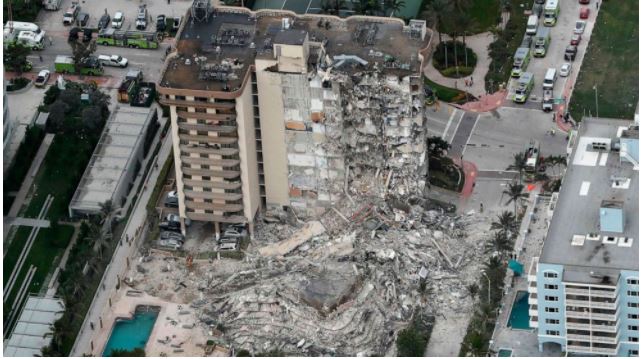 I can’t imagine a more leaden word: infrastructure. Such an unpretty traffic jam of consonants. Such an inverse relationship between syllables and specificity.

Small wonder that politicians tend to prattle dutifully about it and then kick it to the curb. No one ever captured the hearts of American voters by anointing himself “the infrastructure president,” at least not in my lifetime. It’s priority number four or five or six, after all the sexier stuff. By the time a president gets around to it, his political capital is spent and his idealism soured.

Joe Biden is breaking from that tradition. He’s pushing infrastructure early in his presidency and he’s pushing it hard, to a point where even the most click-conscious website or viewings-minded telecast can’t avoid it. He’s forcing whole etymological, existential and borderline eschatological debates: What exactly is infrastructure? How much of human activity does it encompass? Can it refer to what’s inside of us as well as what’s outside?

Maybe that’s too ambitious: I’m worried plenty that he’ll be thwarted by the loftiness — and the financial cost — of the goals he has set. And he’s making mistakes, no question about it. The mixed signals and confusion late last week regarding what he had and hadn’t promised a bipartisan group of senators contradicted his supposed cool as a lawmaker and his reputed — and, I think, legitimate — sense of fair play.

You didn’t hear it here first but you did hear it here: This could all come to naught. Biden doesn’t just have Mitch McConnell problems but also Chuck Schumer and Nancy Pelosi problems. The right’s unhappy, the left’s unhappy, neither is mollified by the other’s unhappiness and Washington is Washington, the graveyard of good intentions and grand plans.

But that doesn’t change the fact that Biden is giving something essential but unexciting its due. And if you have any doubts about the essential part, I direct you to Surfside, Fla.

There’s been little linkage of the fatal collapse of a condominium building there and of infrastructure legislation, because they’re not really linked. The building was a residential one, privately built and privately owned.

But its fate is a gruesome example of what happens when concrete goes untended, when warnings go unheeded, when we’re shortsighted and sloppy about the physical underpinnings of our daily lives. Those underpinnings include the aging bridges, tunnels, highways and such that the legislation very much addresses.

And in that sense, the legislation is about nothing less than life and death.

Boring as it sounds, infrastructure is anything but. We could just as easily refer to it as “national security,” a phrase we almost exclusively reserve for matters of military defense and other safeguards against the actions of foreign adversaries. If we don’t have adequately maintained, rigorously inspected, prudently fortified and sufficiently upgraded infrastructure, we’re not secure as a country. We’re not safe as individuals.

And we’re not smart. A failure to invest in infrastructure is a frittering-away of our future. Other countries are modernizing their train networks. Other countries are expanding their airports. Other countries are giving their businesses and their people what’s necessary for maximum efficiency. If the United States doesn’t follow suit, we’re at a competitive disadvantage that will ultimately cost us money and leave us even less secure, less safe.

I’m no authority on precisely what should and shouldn’t qualify as infrastructure, but I know this much: Even by its most basic definition, infrastructure is destiny. I applaud Biden for recognizing that. I urge the rest of us to do the same and rally around this unsexy but urgent cause.