MAGA Republicans don’t speak for America. So Democrats should. 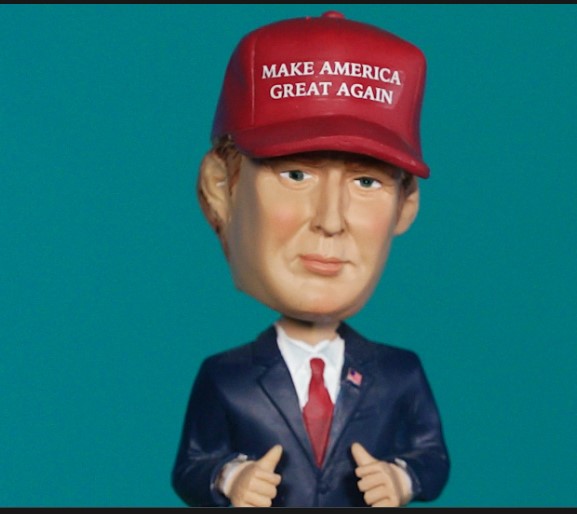 Women’s rights to autonomy and health care are being eradicated. There has been minimal progress on gun safety. Republicans are either defending or downplaying an attack on the U.S. Capitol motivated by lies of a stolen election.

But for those despairing about our capacity for rational self-government, there is some good news: Voters aren’t the problem.

The raft of polling since the Dobbs decision that overturned abortion rights underscores just how unpopular the GOP’s position is. The latest Morning Consult-Politico poll, for example, shows that voters disapprove of the decision by a 55 to 36 margin. Worse for the forced-birth crowd, 74 percent disapprove of banning all abortions (61 percent strongly). Only 17 percent approve of such bans. More than 60 percent of voters oppose bans (49 percent strongly) even when they include exceptions for cases in which the life or health of the mother is at risk.

These findings are reflected in a wide array of polls. Even more troubling for the forced-birth side: FiveThirtyEight finds that abortion is the fourth-most important issue for voters, with 19 percent rating it as the most important issue, up 10 points since Dobbs.

It’s too early to see whether the issue will drive Democratic voters to the polls and is sufficient to overcome voters’ concerns about inflation. But what is clear is that the GOP’s stance puts the party at odds with a sizable majority of Americans — as is the case with its opposition to almost all reasonable gun safety laws. On these issues, the electorate is not “polarized”; rather, the GOP is outside the mainstream.

And despite Republicans’ insistence that the Jan. 6 hearings reveal nothing new (ignoring all of the members of Team Crazy who confessed under oath that there was never any evidence of fraud), the same Morning Consult-Politico poll shows even Republicans are getting the message: “Compared with a survey conducted June 24-26, the shares of Republicans who said Trump misled people about the 2020 election outcome (up 5 percentage points to 30%), attempted to overturn the 2020 result (up 5 points to 45%) and claimed without evidence that the last presidential contest was fraudulent (up 7 points to 44%) all increased in the wake of [former White House aide Cassidy Hutchinson’s] testimony.”

Among voters as a whole, 59 percent said former president Donald Trump “definitely” or “probably” misled people about the election. Sixty-five percent say he claimed fraud without evidence, and 67 percent said he tried to overthrow the government (only 25 percent said otherwise). By a 56 to 35 percent margin, most voters believe he committed a crime.

At a time when America is hyper-tribalized and right-wing news outlets are working overtime to conceal the truth from their audiences, this represents a remarkable level of consensus. It should serve as reassurance that a solid majority of voters haven’t lost their minds.

It also suggests Democrats would be wise to rethink a couple assumptions. First, instead of running from “cultural” issues in favor of “pocketbook” issues, Democrats should stress the clash in outlook between the large majority of rational, respectful voters and the delusional MAGA camp. Now is no time to mince words: The current GOP is nuts and unfit to govern.

Second, Democrats have understandably looked to the federal government to protect fundamental rights, including the right not to be gunned down in schools, stores and at parades. But as a matter of necessity, Democrats now must focus on state and local elections in a way they have not done previously. They must invest resources in all elections, from governors to state supreme court justices to district attorneys. Those races have become nationalized insofar as gun safety, abortion access and respect for election results have now been dropped on the doorsteps of state and local politicians.

Democrats should welcome the opportunity to make elections all about their values (respect for women, safety for communities, the rule of law, truth, nonviolence). They should do this in every race up and down the ballot — and not just in this election but for the foreseeable future.