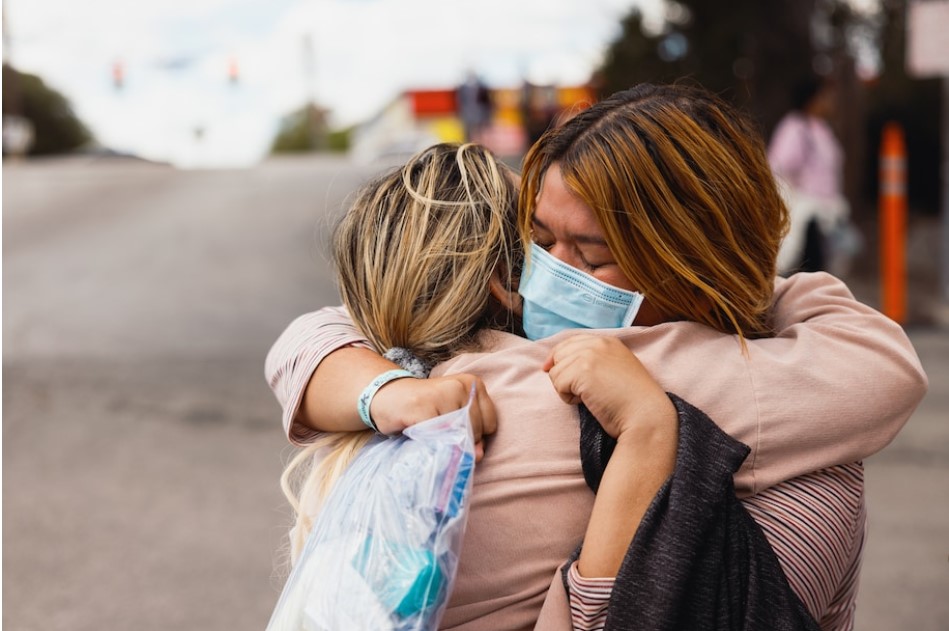 You don’t need to be an expert in theology to know that a central tenet of the world’s major religions is to care for the sick, the weak and the vulnerable. Jews, who have been perpetual immigrants, hold dear to the Torah’s invocation: “When a stranger sojourns with you in your land, you shall not do him wrong. You shall treat the stranger who sojourns with you as the native among you, and you shall love him as yourself, for you were strangers in the land of Egypt: I am the Lord your God.” (Lev. 19:33-34).

So too for Christians. When it came to the treatment of the stranger and other vulnerable people, Jesus told his disciples, “Amen, I say to you, whatever you did for one of these least brothers of mine, you did for me.” (Matt. 25:40).

How did we get from there to a movement — dominated by people who declare the United States to be a Christian nation — that celebrates reports of government officials tricking immigrants into getting onto a plane and sending them hundreds of miles away as part of a partisan campaign of fear, demagoguery and xenophobia?

One could simply write off these Republicans and their leaders, such as Govs. Ron DeSantis of Florida and Greg Abbott of Texas, as hypocrites. But that does not quite get to the heart of the matter.

This insidious phenomenon is the result of white supremacy burrowing its way into Christian churches and political movements. Robert P. Jones, president of the Public Religion Research Institute, explained in a recent speech the fundamental flaw of this ideology: “that America was divinely ordained to be a Promised Land for European Christians, a kind of new Zion. A model for the rest of the world. And underneath that vision, its implied presupposition was that White people were superior to all other races because they were the bearers of ‘civilization’ and Christianity. This is the logic of white supremacy and domination.”

If one believes that construct, then the White southerners are perpetual victims, forced to endure the presence of Black and Brown people and subjected to indignity by secular elites. Sending invaders (read: non-White people) North, in their eyes, is simply score-settling.

Now, not all Christians or Americans of faith buy into this claptrap. The Church World Service (CWS), a group devoted to providing refugee services with representatives from 17 Christian denominations, put out a scathing statement after DeSantis sent 50 immigrants to Martha’s Vineyard. It denounced the “divisive and harmful actions” of moving migrants across the country without notice to local communities to allow them to prepare for the arrivals.

The statement went on to condemn “inflicting cruelty and harm on vulnerable people who are seeking safety by using them as political pawns.” It continued:

As a faith-based organization, we believe that all of humankind is created in the image of God (Gen 1:27), and all people should be treated with compassion as they seek protection. The history of anti-refugee, anti-family, anti-immigrant, anti-children actions and rhetoric by Governors Abbott and DeSantis have inflicted pain on the vulnerable, the least of these. Instead of playing into their unjust and unethical actions that do not represent our nation’s values, our national, state and local leaders should equip our communities with the resources they need to ensure new arrivals have access to food, clothing, shelter, legal orientation, medical care, dignified transportation and other case management services.”

“The acts of Governor Abbott and Governor DeSantis in this case are morally atrocious, especially in light of our sacred scriptures in Matthew 25 that call on us to see the face of Christ in the migrant and all those fleeing persecution,” added Rev. Noel Andersen, director for Grassroots Organizing at CWS.

The Hebrew Immigrant Aid Society (HIAS) has also denounced “the choice to treat people like packages.” A HIAS official pointed out, “The U.S. government has granted permission to every single person on these buses and planes to be in the United States and to seek asylum. After getting off the bus, many have no idea where they are. They have immediate emergency housing, health, and legal needs.”

The mainstream media have put a greater focus on whether laws might have been broken and what legal recourse these migrants might have. CNN reports “the migrants’ attorneys said that brochures given to their clients were ‘highly misleading’ and ‘used to entice (their) clients to travel under the guise that (resettlement) support was available to them. The brochure lists refugee services, including cash and housing assistance, clothing, transportation to job interviews, job training and assistance registering children for school, among other resources.”

But whether state or federal laws were broken or taxpayer money misused, these political stunts will be as much a stain on our nation as the previous administration’s child separation policy. If this were a foreign country, the media might treat this as a human rights violation, a repudiation of the obligation to attend to the needs of asylum seekers and an injury to the nation’s standing around the world. That might be a good place to start examining how self-described Christians rationalize the abuse of human beings.