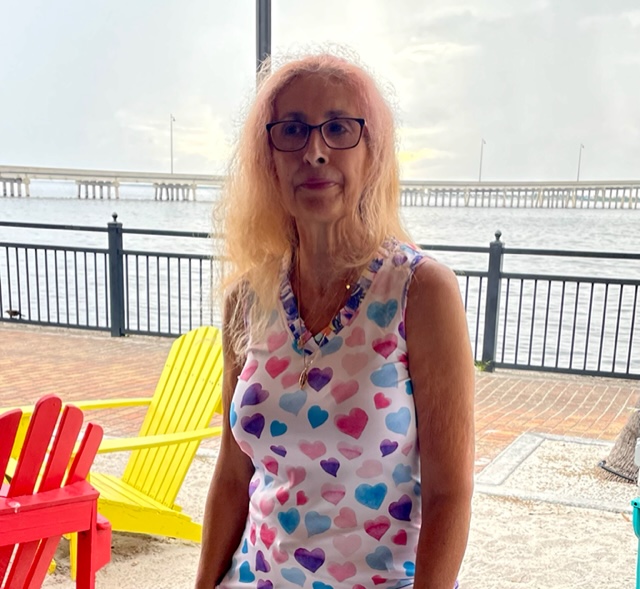 The following editorial was published in The Daily Sun on Oct 13, 2022.  We are extremely disappointed that the staff would not endorse our Democratic candidate, who clearly will be a more moral, ethical, viable and effective representative for Floridians.  Please vote for Andrea Doria Kale as your Congressional District 17 Representative!

Republican U.S. Rep. Greg Steube is being challenged by Democrat Andrea Doria Kale for the District 17 seat in the U.S. House of Representatives. The two candidates, and the views they espouse, could not be any more different.

Steube, who declined multiple requests to interview with The Daily Sun editorial board, is an ultra-right disciple of former President Donald Trump. He is a fervent voice for gun rights and has a strong dislike for any government handout — even in catastrophic events like a hurricane.

Steube has voted against bills that would help control the cost of insulin. He voted against a bill that would benefit veterans who may have developed illnesses related to burn pits in the Gulf war. He voted against the Infrastructure Investment and Jobs Act which has helped bring jobs and other benefits to Florida communities. He also voted against funding weapons for Ukraine, according to his opponent.

He opposed the re-authorization of the Violence Against Women Act. He has failed to vote to fund rescue efforts and help in disasters like hurricanes and flooding. He is against almost any legislation that puts restrictions on gun rights even though Florida has been the site of two of the worse mass shooting in the U.S. at Pulse nightclub in Orlando and Marjorie Stoneman Douglas High.

We find it difficult — especially since the congressman would not grant The Daily Sun the courtesy of a return phone call — to say much good about Steube.

His service to his country in the armed services. The fact he is a native Floridian. His loyalty to his base. Those are things we can point to that might appeal to voters.

Kale is a solid liberal Democrat. Her one detour might be when she decided to have a child when she was younger instead of an abortion. She said she gave the child up for adoption.

She has been interested in politics for years and worked as Hillary Clinton’s deputy operations director in Tampa.

Kale believes not having Democrats out knocking on doors in 2016 (sic: 2020) during the pandemic is one reason Trump won in Florida. She said she decided to run against Steube when another Democrat, Dan Lambert of Charlotte County, suddenly lost interest in campaigning and pulled out.

“I don’t like what is going on in D.C.” Kale told The Daily Sun’s editorial board. “We need to get rid of the filibuster because too many pieces of legislation that (House Speaker Nancy) Pelosi got through are just sitting there.

“The Freedom to Vote Act is one. After the American Rescue Plan that should have been our first priority. So many states are making it harder and harder to vote. The GOP can’t win the popular vote so that is the only way they can win.

“Democracy is the most important thing to voters. Roe Vs. Wade showed that. Now (Justice) Clarence Thomas is coming after everything.”

Kale said Congress needs to expand not only the Supreme Court, but all courts.

She said Steube ignores everyone — even his own constituents.

She said his love of gun rights should be a sticking point, especially when it comes to the cliche that more good guys with guns counteracts gun violence and mass shootings.

“There were 300 guys with guns in Uvelde,” she said

Kale said she actually leans conservative on some issues but, unlike Steube, she would not favor a complete ban on abortion. And she does not favor banning books — which she pointed out can still be downloaded for free.

Kale, the daughter of a veteran, said believes she has a chance despite a huge difference in money backing the two candidates.

“Steube has ignored me,” she said, adding he ignores anyone who does not have money and who disagrees with him.

We disapprove of most of Steube’s votes in Congress and find it insulting to not just us but his constituents that he does not care enough about them to interview with the local newspaper.

We’re not convinced, however, that Kale can get that much done if elected to Congress.

We choose not to make a recommendation in this race.