The shocking cost of income inequality 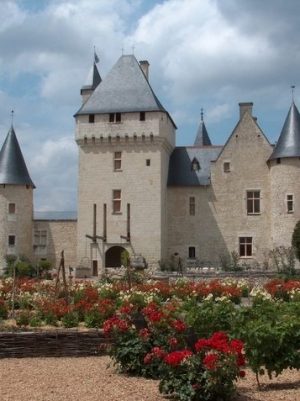 Editor’s note: Adapted from articles by Nick Hanauer and David M. Rolf for Time, and Rick Wartzman for Fast Company

Most of us have heard the news that 39% of Americans lack the ability to pay a $400 emergency bill, either at all or without borrowing.  This fact alone is startling.  Equally startling is the news reported by Forbes magazine in late 2017 that three men – Jeff Bezos of Amazon, Investor Warren Buffet, and Bill Gates of Microsoft, had a combined net worth of 345 Billion dollars, while the lower 50% of Americans are worth a total of 250 Billion dollars.  If this is not income inequality of a freakish scale, I don’t know what is.  Additionally, Warren Buffet has said that his secretary is taxed at a higher rate than he is.  Look at what our tax code has done for Donald Trump, paying nearly nothing in taxes while living the lifestyle of a billionaire.

From 1947 through 1974, real incomes grew close to the rate of per capita economic growth across all income levels. That means that for three decades, those at the bottom and middle saw their incomes grow at about the same rate as those at the top. This was the era in which America built the world’s largest, most prosperous middle class and inequality between income groups steadily shrank (though the inequality between the sexes and races was worse).

Since 1975, the wealthiest Americans, especially the top 1 percent and 0.1 percent, have taken the vast majority of our economic growth while about 90% of Americans got less than their fair share.  This news comes from a recent economic study by the RAND Corporation, as shown in the table below.  The yearly median income for different income categories is shown in various years, with the final column showing what it would have been, had the results of our output been equally distributed at the rate of economic growth. So, as an example, a median income worker, earning $50,000 in 2018, should have earned $92,000 – $102,000 (depending on inflation calculations), and those at the bottom of the ladder saw a truly pathetic level of growth.

“There is no way of slicing the numbers where people come out ahead,” says Carter Price, a senior mathematician at RAND, who co-authored the study with his colleague Kathryn Edwards, an economist. “I was surprised by the magnitude of this.”

The Fair Work Center commissioned RAND to look at the impact of inequality. Although a number of organizations research the topic, RAND is generally viewed as being among “the least partisan” shops out there, taken seriously “by the right and the left,” says Nick Hanauer, who initiated the study along with David Rolf.

The findings, landing amid a global pandemic, illustrate the paradoxes of an economy in which so-called essential workers struggle to make ends meet while the rich keep getting richer.  The RAND study’s authors didn’t comment on what might be causing such dire inequality, saying that “additional work” is needed in this area. But Hanauer and Rolf had no hesitation singling out the culprits – saying the blame primarily lies in decades of failed federal policy decisions—allowing the minimum wage to deteriorate, overtime coverage to dwindle, the effectiveness of labor law to decline, and the undermining of union power. They also cite a shift in corporate culture that has elevated the interests of shareholders over those of workers.  One example of this is the astronomical rise in the pay of Chief Executive Officers over time.  According to the Economic Policy Institute, Chief executives at large companies make roughly $278 for every $1 a typical worker earns — up from a ratio of 20-to-1 back in 1965!

As long as Republicans control our government, we can only expect this trend to continue.  We must vote them OUT!